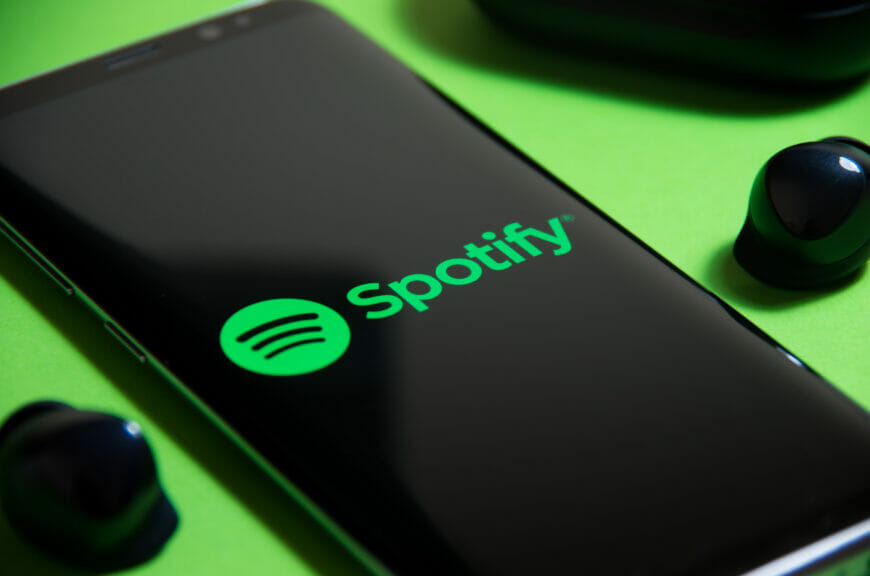 In 2022, it’s most likely that an individual will use their phone to purchase and/or download a digital copy of their favorite music artist’s new album. Although vinyl albums and CDs are still being sold in stores, they are rare commodities like cassette tapes, which were very popular in the 1970s and 1980s.

Before music streaming platforms like Spotify took over, there was an era when only pure album sales and radio airplay contributed to music artists’ success in the mainstream music industry. Because of this, numerous music artists, especially those in Hip Hop, were overlooked, devalued, or forgotten because they didn’t have the highest pure sales and/or massive radio airplay. Thanks to the rise of streams, music artists from all genres have been allowed to chart in the top five on the Billboard Hot 100 Chart and Billboard 200 Albums Chart. In addition, having the ability to accumulate millions of streams on Spotify has allowed more music artists to gain recognition for their talents, such as winning a Grammy or achieving an RIAA-certified gold, platinum, multi-platinum, and/or diamond record!

Gunna’s hit record ‘pushin P’ featuring notable rappers Future and Young Thug, was an instant viral hit on TikTok, allowing it to debut at No.7 on the Billboard Hot 100 Chart. Additionally, it debuted at No.3 on the US Spotify Chart with 855K streams. Moreover, the official music video for ‘pushin P’ has accumulated 27 million views and 400K likes.

In March, it became the first single released in 2022 to be Certified-Gold by the RIAA for selling more than 500,000 units. Since its release, ‘pushin P’ has garnered more than 218 million streams on Spotify, ultimately becoming Certified-Platinum by the RIAA.

Social media platforms like TikTok are giving upcoming music artists a chance to shine! UK music artist Central Cee took the spotlight for weeks when he released his viral TikTok hit ‘Doja,’ in which he name drops raptress Doja Cat. Since its release, it has gained 221,134,192 streams on Spotify. In addition, the official music video for ‘Doja’ has accumulated 69 million views and 1 million likes on YouTube.

Future is a collaboration genius. His smash hit ‘WAIT FOR U’ featuring Drake and Tems, is the perfect melodic rap sound, making it no surprise why it has garnered 293,281,047 streams on Spotify. On October 6, 2022, ‘WAIT FOR U’ broke the record for most weeks (14 weeks) at No.1 on Billboard’s Mainstream R&B/Hip-Hop Airplay Chart. Moreover, the official music video for ‘WAIT FOR U’ has gained 59 million views and 600K likes on YouTube. In May, it became the fastest-selling collaboration in 2022 to be Certified-Platinum by the RIAA.

In its first week, ‘First Class’ earned the biggest US week sales, selling over 420K units. In April, it became the fastest solo single in 2022 to sell more than 500,000 units in the US, and in less than a year, it has accumulated 529,261,041 streams on Spotify. The official music video for ‘First Class’ has garnered 69 million views and 900K likes.

Doja Cat turned a movie soundtrack into a pop-rap hit! Her global track ‘Vegas’ from the musical drama ‘Elvis’ officially separated her from her peers in a great way. Although it debuted at No.75 on the Billboard Hot 100 Chart and No.111 on the US Spotify Chart upon its release, it has since shot up the charts! Weeks after its release, ‘Vegas’ entered the top 10 of the US Spotify Chart at No.8 with 765K streams and peaked at No.32 on the Global Spotify Chart with 1.7 million streams.

The official music video for ‘Vegas’ contributed to its increase on Spotify, Billboard, and radio airplay. For instance, on YouTube, the official audio video has 15 million views and 200K likes, whereas the music video has 71 million views and 1 million likes. On October 16, 2022, despite being released five months ago, ‘Vegas’ reached No.1 on the US Pop Radio Chart, holding the spot for three weeks thus far. In addition, it peaked at No.1 on the Rap Digital Song Sales Chart, becoming Doja Cat’s second number one and first solo song to reach this milestone on this particular chart.

On October 2, 2022 ‘Jimmy Cooks’ reached No.1 on US Rhythmic Radio despite being released four months ago. Twenty days later, Drake released the official music video for ‘Jimmy Cooks’ to announce his collaboration album with 21 Savage, “Her Loss,” which will be released on 11/4/2022 instead of its original release date due to personal reasons. The official music video has trended in the top 20 on YouTube for eight days, accumulating 5 million views and 300K likes.

In 2016, Nicki Minaj won a legal battle concerning streaming and its contribution towards sales and certifications, which ultimately changed the music industry forever! Thanks to Minaj, the artists above, including all music artists, have the opportunity to accumulate millions of streams that benefit their artistry and finances simultaneously. The Queen of Rap is finally enjoying the fruits of her labor, starting with the success of her record-breaking hit ‘Super Freaky Girl.’

First and foremost, the official music video has garnered 25 million views, and 900K likes on YouTube. On Aug.22, 2022, ‘Super Freaky Girl’ debuted at No.1 on the Billboard Hot 100 Chart, allowing Minaj to make history by becoming the first female rapper to debut at No.1 with a solo single since Lauryn Hill in 1998.

In addition to this milestone, ‘Super Freaky Girl’ debuted at No.13 on the Global Spotify Chart with 3 million streams and No.2 on the US Spotify Chart with 1.5 million streams, allowing Minaj to make history again by having the biggest solo female rapper debut on Spotify. Since then, it has accumulated 212,737,322 streams on Spotify, becoming the fastest solo female rap song to achieve this milestone.

In September, ‘Super Freaky Girl’ became the third best-selling digital download released in 2022, surpassing ‘First Class’ by Jack Harlow and ‘Break My Soul’ by Beyonce. In addition, it is Certified-Platinum by the RIAA, becoming the first and fastest solo song in 2022 to do so!