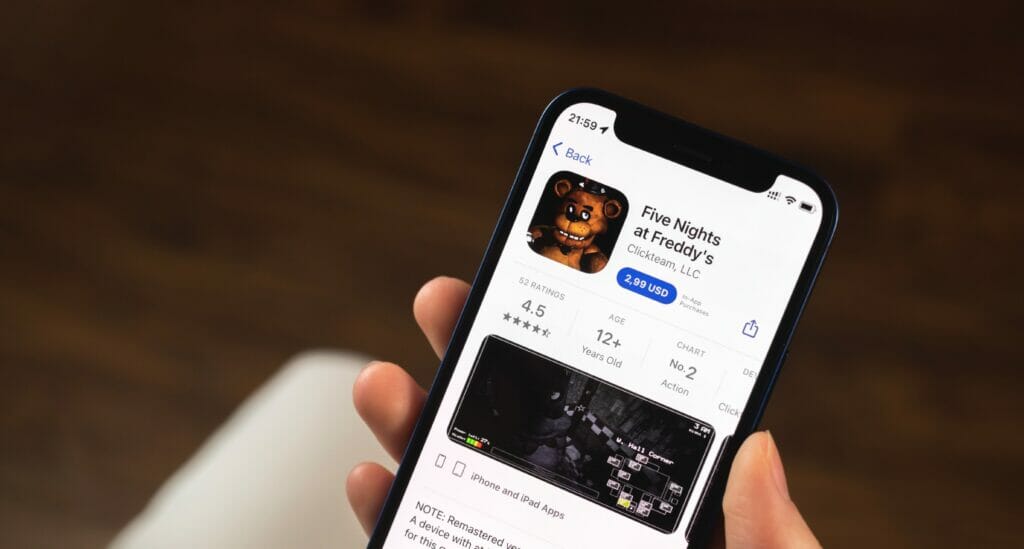 In 2014, independent game developer Scott Cawthon revolutionized the future of gaming. With the release of Five Nights at Freddy’s, indie horror was well and truly on the map. Last week, the new Don’t Hug Me I’m Scared series was released on All 4. Over a decade of games and series has seen the genre develop immensely.

The Beginning of Indie Horror

Released in 2010, Amnesia was one of the frontrunners of the survival horror genre. It required the player to explore a dark castle in an open-world style game. Following its success, Slender, The Eight Pages built on the same mechanics in 2012. Featuring the already popular figure Slender Man, a tall, faceless, humanoid creature wearing a suit, the game was another success. Playthroughs of both games saw gaming YouTubers like PewDiePie and Markiplier rise to fame. But 2014 brought us Five Nights at Freddy’s. It was a game that took survival horror to a new level. Instead of sticking to the free-roam style of its predecessors, FNAF experimented with a point-and-click system where the player was stationed in one office for the entire game.

‘No other game has given me a greater feeling of dread than this one’.

Playing FNAF caused YouTuber Markiplier to explode onto the gaming scene. Although his current channel was created in 2012 and gained success with Amnesia, 2014 asserted Markiplier as gaming royalty, and Cawthon’s game is how most came to know him. Centered around an animatronic bear, rabbit, chicken, and fox that come alive and attack the player at night, the uniquity of the game saw it shoot to fame simultaneously. Just two months after the first game’s release, Cawthon released Five Nights at Freddy’s 2, which had been teased and highly anticipated. With the introduction of more animatronics, the series started to develop its own lore. Building on the first game’s story of five children who disappeared at the pizzeria, the franchise was becoming much darker and significantly more sinister.

Game Theory and the lore

Already an established channel, MatPat’s Game Theory explored the lore of the first game, just a month after its release. He claimed that playing the game purely as a survival horror would be doing it a disservice. He pointed out that the fifth animatronic held the secrets to the mysteries of the story and was easily missed on a regular playthrough.

Fast forward to the present day, and MatPat has a total of 59 videos attempting to understand and explain the story of Five Nights at Freddy’s over its eight-year history. The franchise’s latest release was Five Nights at Freddy’s: Security Breach in 2021. In collaboration with Steel Wool Studios, the latest installment ventured far from the first point-and-click style, reverting back to the open-world set up.

Released before FNAF, Don’t Hug Me I’m Scared came to YouTube in 2011. Created by Becky Sloan and Joe Pelling, the series presented itself as a surreal comedy horror in which three characters go on a learning journey. Much like FNAF, DHMIS seemed unsuspecting, and relatively child-friendly, with anthropomorphic puppets singing songs. That is, until the dark twists that came around halfway through each episode. The series aired in six installments until 2016 and was jam-packed with psychedelic content, graphic violence, existentialism, and psychological horror. Just last week, All 4 released a new six-part series with 20-minute episodes. The decade-long journey to bring DHMIS to the big screen has been long anticipated and has been received with largely positive reviews.

The controversy around Poppy Playtime

Both FNAF and DHMIS have cemented themselves as classics within the horror and surrealist genre, both finding their fame on YouTube. Accompanying the two, Poppy Playtime asserted itself within the genre and shot to fame in October 2021. Released in chapters, the game was played by many YouTubers, including Markiplier and Jacksepticeye, another big name on the platform. The survival horror takes on a familiar open-world style and follows a similar story of the disappearance of former employees at a toy factory. The game’s popularity was no surprise. Unsuspecting, seemingly child-friendly characters are marketed as a survival horror with unexplained lore. A recipe for success.

Though the game was popular within gaming circles, its main character Huggy Wuggy snuck through parental filters and was not blocked by firewalls on YouTube and TikTok. Videos featured the main character but were accompanied by unexpected jump scares and disturbing images. This led to Dorset Police releasing a statement in March 2022 warning parents about the threat. Read about it in Eileanor Crilly’s article. With Poppy Playtime: Chapter 3 set for release in early 2023, games with hidden horror are far from over.

Spanning over a decade, indie horror and the surreal genre have gained enormous popularity, and the games and series have asserted themselves as classics. The great success of the All 4 DHMIS series proves just that. Indie horror’s reign is far from over.