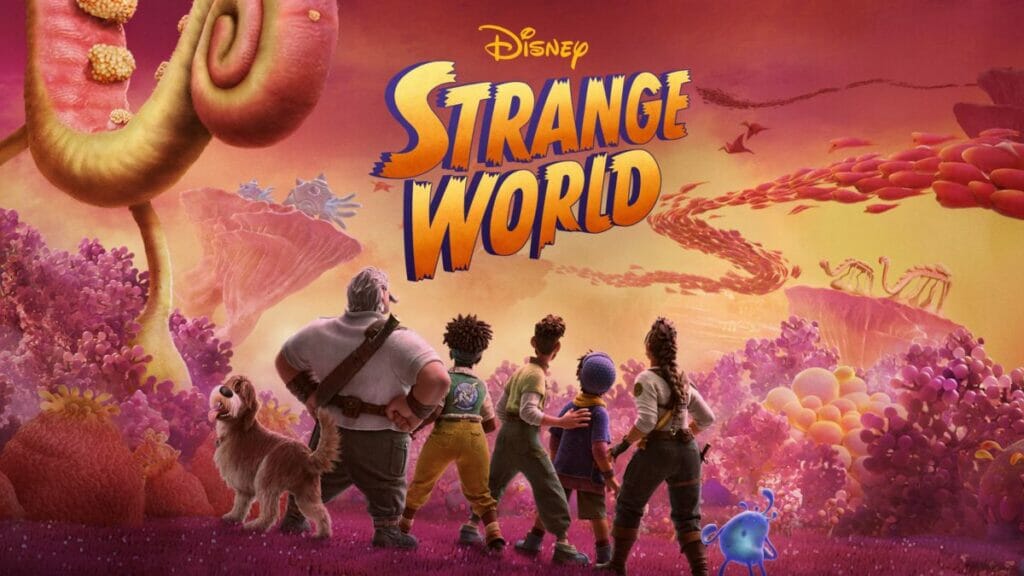 Strange World is the latest animated feature from Disney. But no one seems to know that because it’s tanking at the box office.

Disney’s latest animated film Strange World arrived at the theatres over Thanksgiving weekend. It made about $11.9 million at the domestic box office, which is well below expectations. Yes, it was a flop.

According to Variety, Strange World costs Disney about $180 million to make and will need to collect $360 million to break even. If the box office collection does not improve dramatically, then Disney will lose at least $100 million.

There is part of a pattern of recent animated Disney films underwhelming at the box office; both Lightyear- made by the Disney-owned Pixar and Encanto barely crossed the threshold. Encanto became a viral sensation after it landed on Disney+.

Disney+ may be part of the problem. After Disney released animated movies like Soul and Luca directly to the streaming service, families tried to watch animated movies at home instead of going to the theatre. The only animated films to make a mark at the box office this year were Sonic the Hedgehog 2 and Minions: The Rise of Gru.

Jake Gyllenhaal, Dennis Quaid, Gabrielle Union, Lucy Liu and Alan Tudyk are all involved in the Strange World. The story is about a family of legendary explorers on a mysterious journey. So far, the film has received above-average reviews slightly from audiences and critics, but “slightly above average” isn’t enough to inspire people. But there isn’t much to worry about for Disney; Black Panther: Wakanda Forever is still raking it in.

For more such updates on Strange World, please refer to our website.