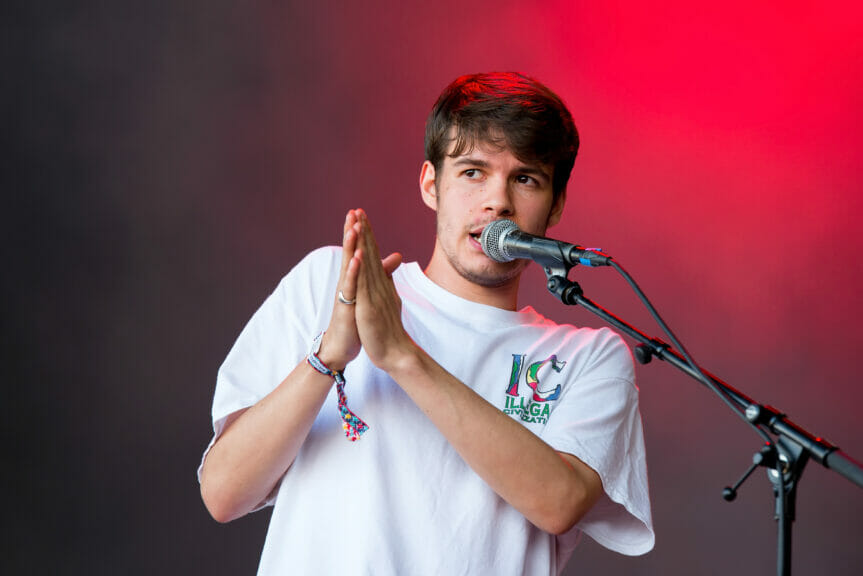 Sexual assault charges against musician Rex Orange County have been dropped, though the internet is divided on their opinions of the star. What do accusations mean for celebrities and is justice warped in the name of fame?

In October, musician Rex Orange County, real name Alexander O’Connor, was charged with six counts of sexually assaulting a woman. The singer pleaded not guilty in court and was released on unconditional bail. At the time, a representative for O’Connor said, ‘Alex is shocked by the allegations, which he denies, and looks forward to clearing his name in court,’ in a statement released to the press. The future looked bleak for the singer. Many removed him from their Spotify Wrapped statistics and his social media comments were flooded with discussions of the allegations.

Though the official trial was set to take place in January, on December 22, all charges were dropped as the evidence against O’Connor did not ‘meet test for prosecution’.  The singer released a statement on social media and claimed he has been ‘wrongly accused of touching someone one evening on their leg, neck, back and bottom’ which led to the six charges of sexual assault. He mentioned that CCTV footage obtained by the police contradicted the allegations, as did the woman’s partner’s statement. He finished his post saying it had been ‘a difficult time for everyone involved’ and thanked his family and loved ones for their support.

Comments under the post were mixed, with many users asking ‘does this mean I can post my Spotify Wrapped now?’. Some accused others of ‘switching sides’ and voiced their passionate opinions that some were too quick to ‘cancel’ the singer. However, others raised interesting points, including one user who highlighted, ‘most sa cases don’t make it through court’. Another emphasized that dropped charges does not equal innocence. One user claimed ‘im going to believe the victim until the artist is proven innocent’. Many echoed their thoughts that sexual assault victims should be believed in the first account.

The dispute around O’Connor raises questions of accountability. The endorsement of problematic figures as a result of their popularity and success is complex. From the public’s response to the statement, the intricacies of wrongdoing or not, especially in the case of sexual assault, are far more than simply right or wrong. According to a Reddit poll posted in October, over 1k people would continue listening to the artist compared to 785 who said they wouldn’t. Many used the ‘innocent until proven guilty’ law to defend their opinions and some people spoke of emotions that are inseparable from the artist.

The concept of inseparable emotions is particularly interesting. Perhaps producing popular content makes the public more forgiving. Is the key to success simply branding and is justice warped as a result? Alongside the debates in his Instagram comments, some users pointed out that those in the spotlight have the financial resources to camouflage their wrongdoings. Straightforward justice becomes complicated.

Separating the art from the artist is another theme that continually crops up in these cases. Both Kanye West and J.K. Rowling have been under fire for their opinions which have caused major debates around their inclusion in pop culture. Perhaps the answer is to take the spotlight away and give it to those who have avoided such scandals. Though, in O’Connor’s case, opinions, beliefs, and the justice system’s handling of sexual assault cases make a clear-cut debate impossible.

So, what does this mean for Rex Orange County? After being cleared of all charges, his professional life and tour is free to resume. Though, whether we choose to endorse his future releases or stop listening to his music in the name of justice is ultimately down to personal beliefs. With a stamp on his name for the near future, where will fans go from here?