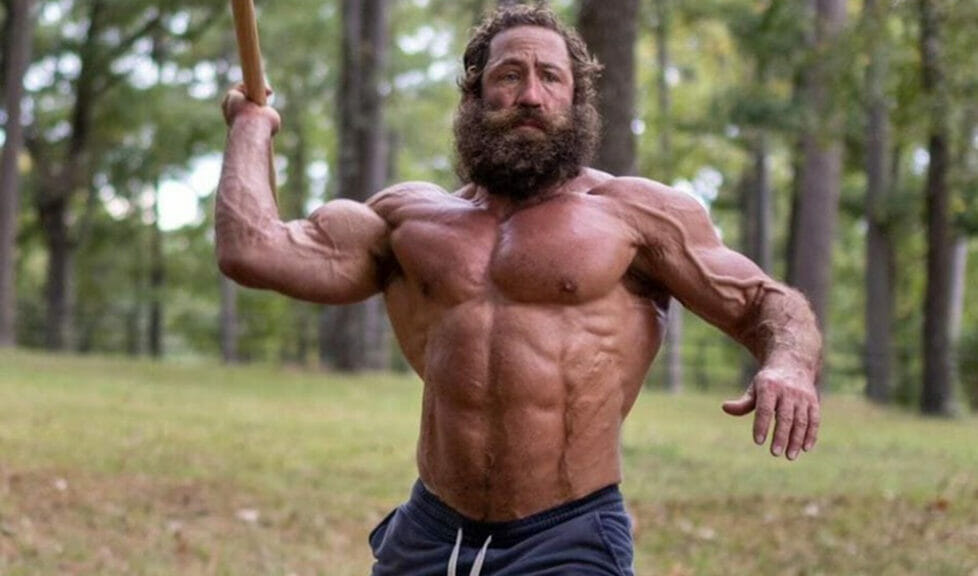 The Liver King, a popular social media fitness influencer who marketed eating raw meats and living a “primal” lifestyle, was exposed for using steroids and PEDs without telling his audience. He made it seem like his diet of organ meats and other uncooked food was what gave him his strangely red body. While it’s quite obvious that he wasn’t natural from the beginning, others like Dwayne “The Rock” Johnson are being called into question by people like Joe Rogan.

To anyone with experience lifting or regularly exercising, Liver King (or Brian Johnson) claiming he was natural was probably the funniest joke of 2022. The man’s abs don’t ever stop flexing, even when sitting down, which led people to believe he even got himself ab implants. I’m not sure whether the ab implant part is true, but what I do know is that he has other telltale signs of performance-enhancing drug use.

In almost all of Brian Johnson’s appearances, no matter the lighting, he’s red. The fact that his muscles are never seen in a relaxed state is also a sign that they’re not natural. It’s not just steroid use, it’s dangerously excessive. What’s worse is that he’s been lying to his fans, a lot of whom are very impressionable young men.

What The Rock is (Possibly) Cooking

Dwayne Johnson is likely the biggest modern action hero, and not just in terms of size. His friendly attitude, penchant for great marketing thanks to his wrestling career, and openness about what it takes to look like him have given him a great reputation. He also has fun showing off his cheat days to his fans on Instagram, which usually involve ridiculous amounts of pancakes.

He worked for years to sculpt his body for Black Adam, which was one of his dream movies long before it was ever actually produced. His objective was to get even bigger and leaner than his usual self in order to fit into the suit with barely any muscle padding. Of course, he accomplished this – but at 50 years old, his ability to continuously maintain a top-tier physique is being called out as unnatural.

On The Joe Rogan Experience, podcast host Joe Rogan called out The Rock and said he needed to come clean just like Liver King did. Rogan stated, “The point is you can’t even get there with HRT (hormone replacement therapy). That’s not HRT. He is so massive and he’s so different than he was when he was 30.”

Looking back at The Rock’s early days, Rogan is correct – during his tenure at the WWE, Dwayne Johnson looked far less like a bodybuilder and more like a strongman athlete. Since he left, he’s been getting simultaneously leaner and bigger, which is incredibly difficult if not impossible to achieve if one is avoiding any kind of supplements.

It doesn’t matter how many years you spend in the gym. You either get leaner or get bigger and even if you manage to do both, there is a hard limit to how much your body lets you accomplish this. Meanwhile, The Rock seemingly breaks this barrier time and time again.

In this article:Brian Johnson, celebrity, Dwayne Johnson, Entertainment, the rock