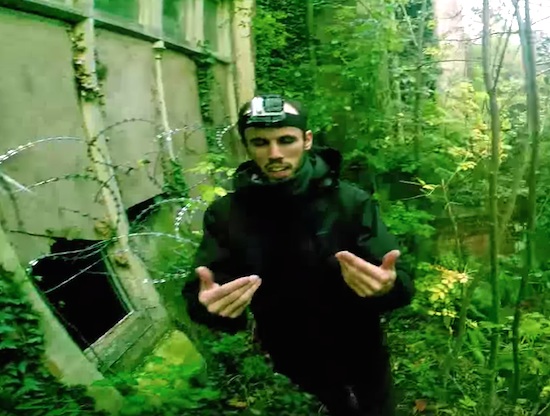 As if creeping around abandoned properties isn’t intense enough, imagine how you would feel when you encounter the owner, who is actively guarding the place. Fenced off, coils of barbed wire, overgrown garden and, obviously, abandoned – and, yet, also fiercely guarded. A tad disconcerting, don’t you think?

If we’re going to jump to wild conclusions, which we totally are, then my guess is that the place is potentially being used for drugs. It can’t be a serial killer’s funhouse; otherwise, the guys would have never lived to upload their video in the first place. Still, makes you think twice about venturing near such places…

Wouldn’t be the first time an abandoned building has been used for drugs.