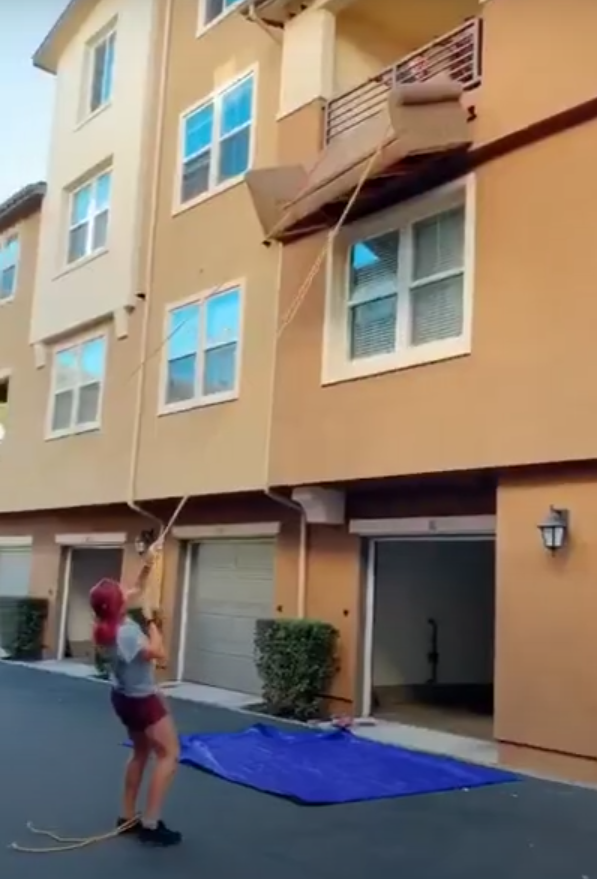 A group of roommates living in San Diego, Southern California, have had to get creative after they found that a new sofa they had bought online would not fit through the doors of their flat.

The minute-long video depicts the five bargain hunters hoisting their budget couch up to the balcony of their third storey apartment on two ropes.

Commenting on the bizarre mission, one of the roommates said:

“We just moved into our new place and bought a cheap couch on LetGo.

After realizing that we couldn’t get it up our stairs (yes we tried to pivot like Ross, Chandler, and Rachel) we bought some rope and got creative. Easy to say we were excited about how it turned out.”

Thankfully, the video concludes with the sofa being successfully launched over the balcony railings and finding repose outside the flat’s sliding doors.

Despite the apparently happy ending, one YouTube commenter aptly noted that if the two-cushioned couch coudn’t squeeze through the sliding doors, the roommates might be stuck with a ‘porch couch’. 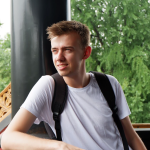