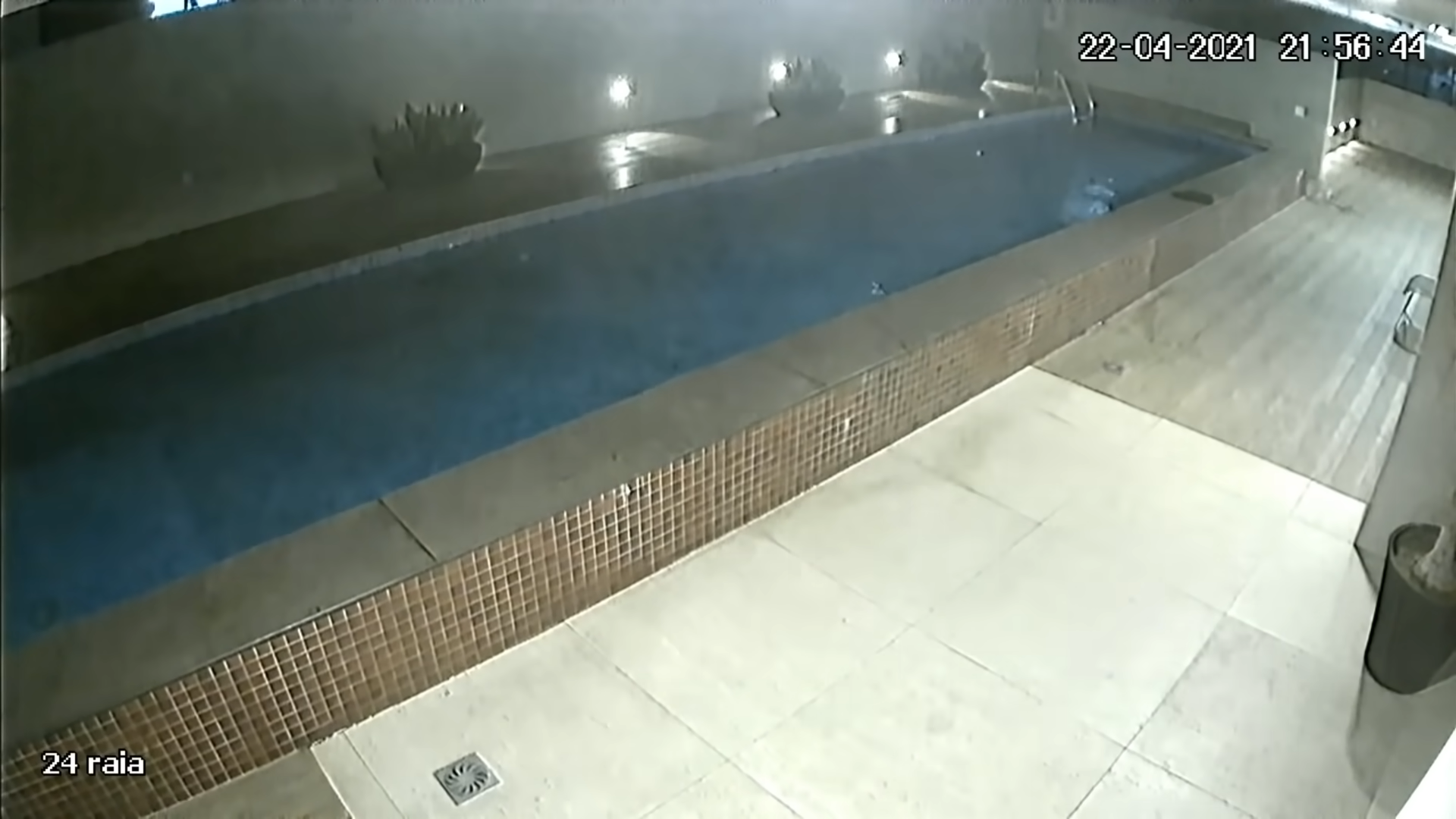 As if you needed more reason to stay indoors! A pool collapsed into a condominium’s garage over the weekend in Vitória, Brazil.

A video shared on YouTube, Reddit, and even DailyMotion, showed CCTV footage of the incident. The floor of the 25-meter pool clearly drops around 10 PM on April 22. Fortunately, nobody was injured.

The floor releases in a huge piece, plummeting through the floor and through the ceiling of the garage. The sheer amount of water is enough to move even parked cars.

After being forced out, residents reported to law enforcement that, leading up to the incident, they could smell gas.

Reddit user leandroas, who originally posted the video on the message board, followed up his post with more information. He claimed that the building, constructed in 2018, was evacuated after the incident. In addition, the original construction company is paying for the relocation. Finally, the poster claims residents will be able to return April 27.

Originally, the pool was built to utilize space above the entrance ramp from the street into the garage, which lies underground.

On an even grander scale, check out the collapse of this US bridge here.