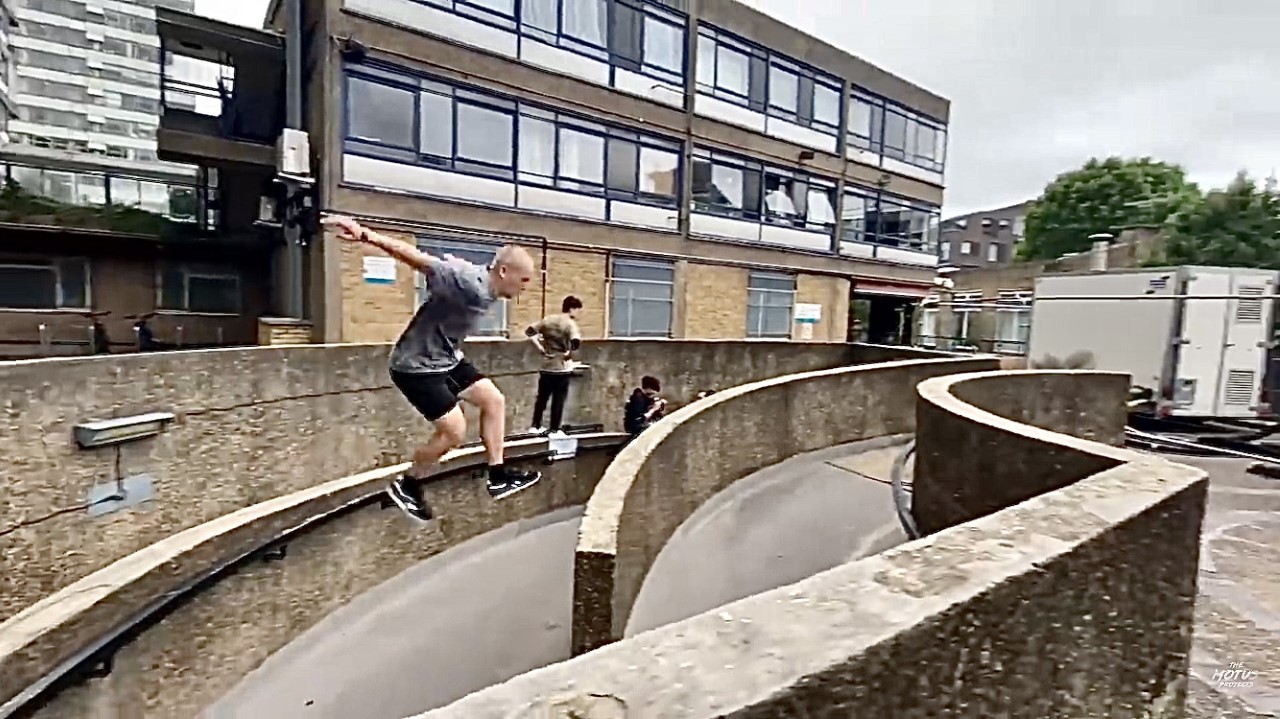 Watch with a cool nod of appreciation for Gas Marx and his insane parkour abilities. The kinaesthetic movements are parallelled with stunts out of an action film as he spins through the air over wall and fence, using whatever is at his disposal to move through the city. There was Peter Parker and now there is Peter Parkour.

Marx sports some streetwear created by ‘The Motus Projects’, a brand dedicated to enhancing the parkour community through these projects and clothing business.

“Since it’s inception, The Motus Projects has sponsored not only some of the best up and coming UK athletes, but some of the best athletes in the world, period. Motus has given its roster of athletes opportunities to travel all over the world, as well as attend every event under the sun, from the US to China. During which it’s clothing sales and public acclaim have helped back community projects such as, film festivals, UK and US tours as well as publicly hosted jams and charity fundraisers.”

Follow the link to their website here and support the parkour community to raise more funds for upcoming projects.