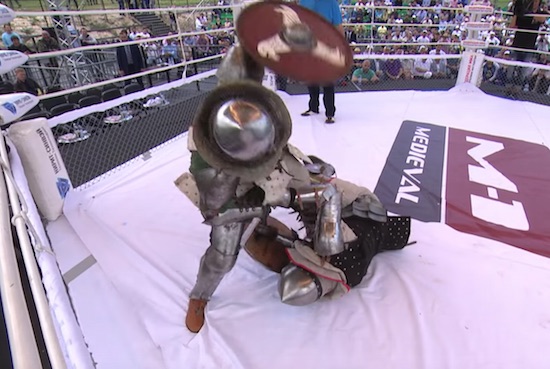 This fighting takes medieval role-play to the next level!

Most people have watched some form of MMA fighting on the TV. And, lets be honest, it’s pretty violent, right?

Well, in Russia, a new form of this sport has been introduced. Basically, two men dress up as medieval knights and proceed to fight each other. We’re not sure if this has stemmed from role-playing games or MMA… Either way, it put a brutal spin on an already dangerous sport.

Watch the medieval sport below:

Did he kill the guy!? Seems a little too vicious if you ask me…

What do you reckon? A fun spin on MMA, or taking things too far?

For a calmer look at MMA, check this out!