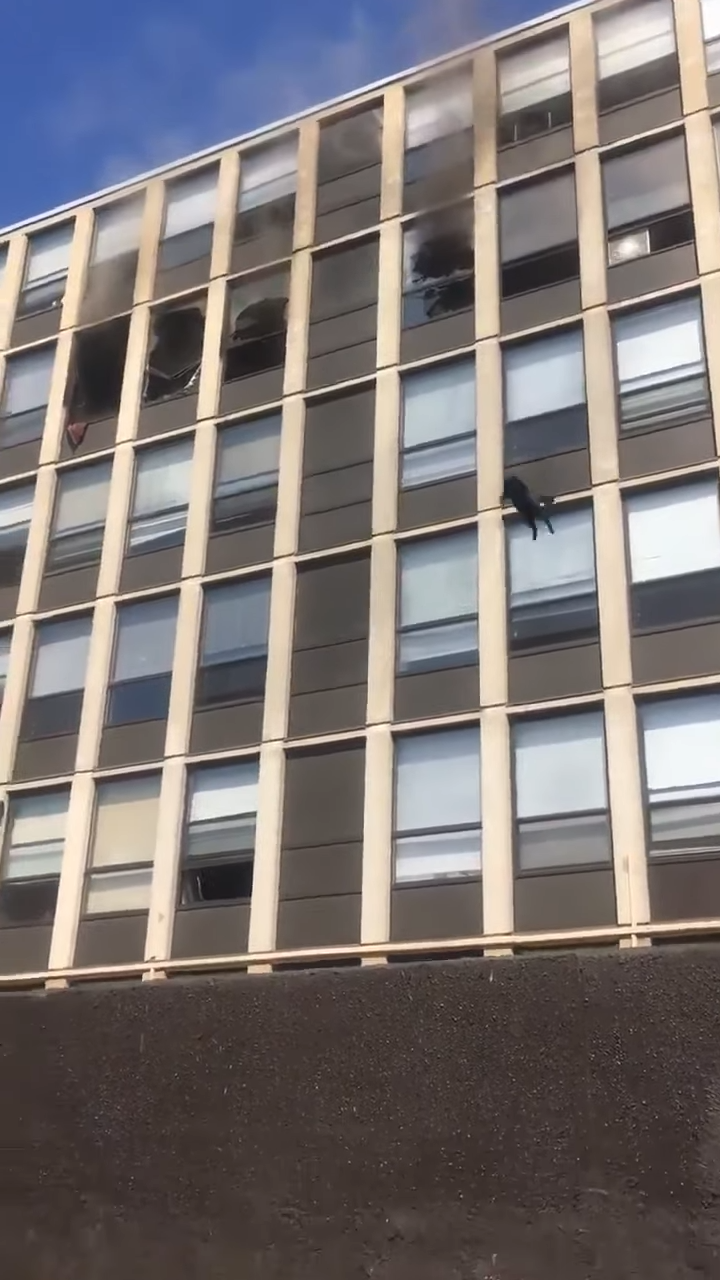 It seems that the many adages about cats having nine lives and always landing on their feet are true, as a feline did just that as it leaped from the fifth floor of a burning building, and walked away unharmed.

While escaping an apartment fire in Chicago this week, a cat was filmed jumping from the fifth storey of the building and landing on its four paws. In the video, it can be seen plummeting through the air before bouncing on the ground and walking away casually:

Nine lives for a cat that jumped from fire at 65th and Lowe. Cat hit grass bounced and walked away! pic.twitter.com/LRBsjMta2Z

The reason the cat was able to survive what appears to be a death-defying drop is all thanks to their biology. Cats have an inbuilt balancing system known as the “righting reflex” that allows them to orient themselves and always land on their feet.

Fire department spokesman Larry Langsford confirmed that the cat was not injured, and there were no injuries from the apartment fire at all:

It went under my car and hid until she felt better after a couple of minutes and came out and tried to scale the wall to get back in.

For more life-affirming cat news, click here to read about ‘Cat Island’ – a small island in Japan where cats outnumber their human residents six to one.