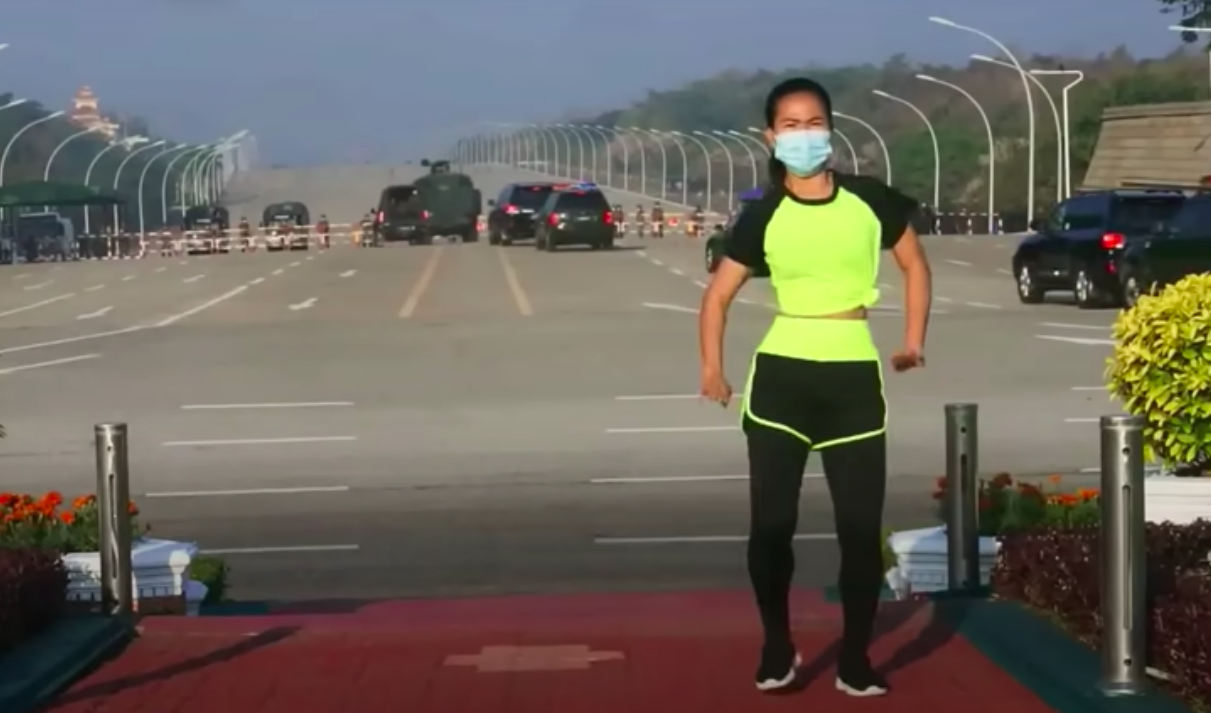 A Myanmar PE teacher has gone viral, as a military coup unfolds in the background of her virtual aerobics class for this week.

Check out the video for yourself:

Wai confirmed the legitimacy of the coup on her Facebook page.

“I posted it because I didn’t think it would happen,” she wrote. “I am relaxing myself and do my own business.”

She has filmed other aerobics videos in the exact same spot for the past 11 months.

Aung San Suu Kyi, Myanmar’s civilian leader, was detained by the army on Monday. Other members of her National League for Democracy party were also detained.

Despite the NLD’s landslide victory in the November election, the military refuses to accept the result. Now, the country is in a year-long state of emergency.

Before her detainment, Suu Kyi warned that without protecting against the coup, the country would fall back under a dictatorship.

Myanmar, formerly Burma, was ruled by the military until 2011, when Suu Kyi brought democratic reforms and an end to military rule.

US President Joe Biden made a statement saying his country would work to bring democracy back to Myanmar.

“The United States removed sanctions on Burma over the past decade based on progress toward democracy,” he said. “The reversal of that progress will necessitate an immediate review of our sanction laws and authorities, followed by appropriate action.”

“The United States will stand up for democracy wherever it is under attack.”