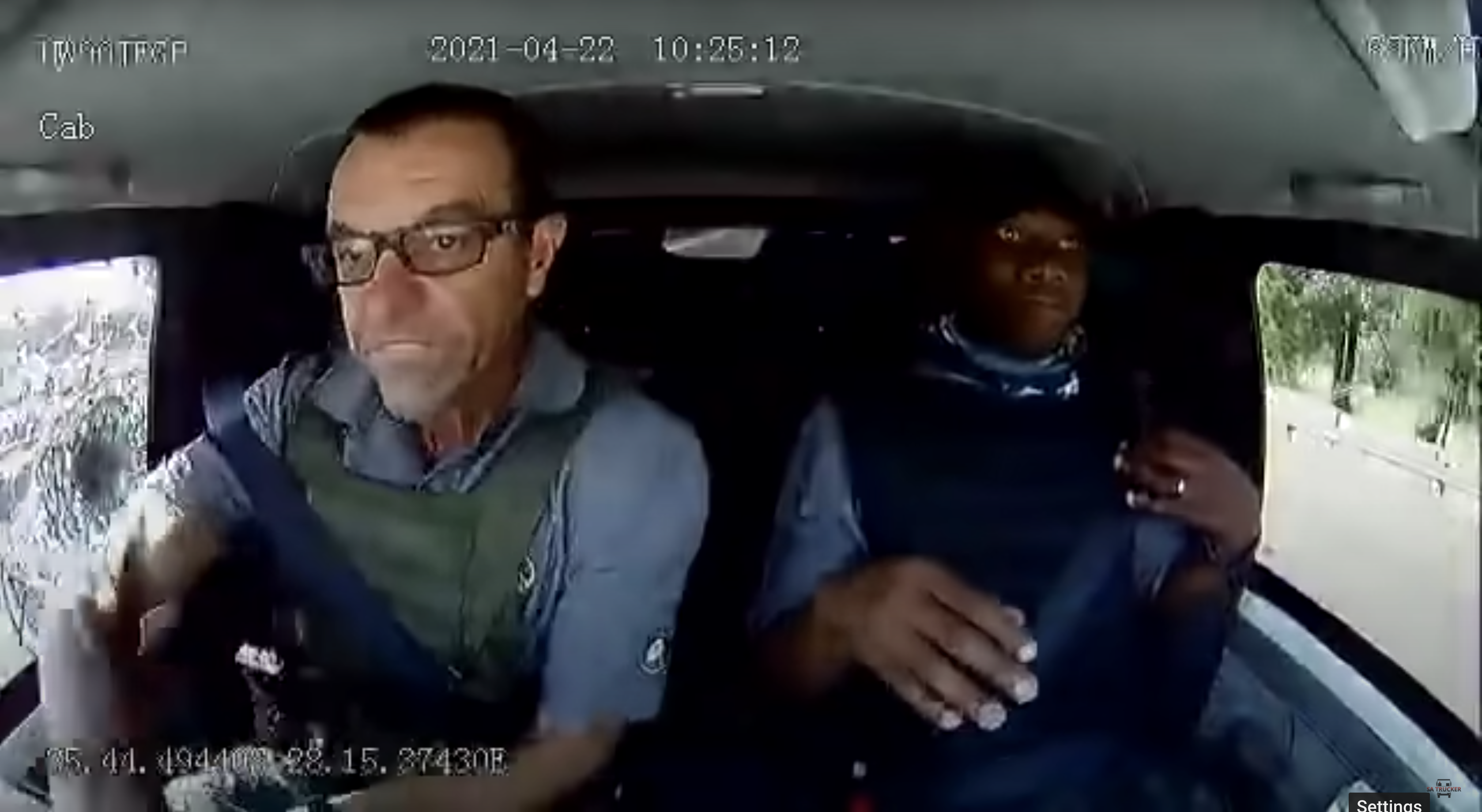 A van transporting mass amounts of cash was robbed last month- and the video is terrifying.

In the video, two security guards attempt to avoid the robbers with different driving maneuvers and get prepared to use armed weapons to defend themselves and the money.

I think we can all agree that the driver handled the situation well, avoiding multiple attempts to ram the van full of cash off of the road. The robbers open-fired on the Toyota, and the drivers were saved due to bulletproof windows. It’s safe to say that the driver is definitely a good driver, unlike these robbers.

The adrenaline inducing chase was certainly scary, and you can see it in the expressions of both drivers as they try to evade the robbers.

This is what the National Police spokesperson had to say on the incident:

“On Thursday, 22 April, a group of men tried to rob a CIT vehicle on the N4 in Pretoria. The suspects fired several shots at the CIT vehicle in an attempt to stop it during a high-speed chase. The driver of the CIT vehicle managed to evade the robbers for a while but later stopped in wait for the robbers. The robbers fled without taking any money. No arrests have yet been made.”

Watch the full video below: