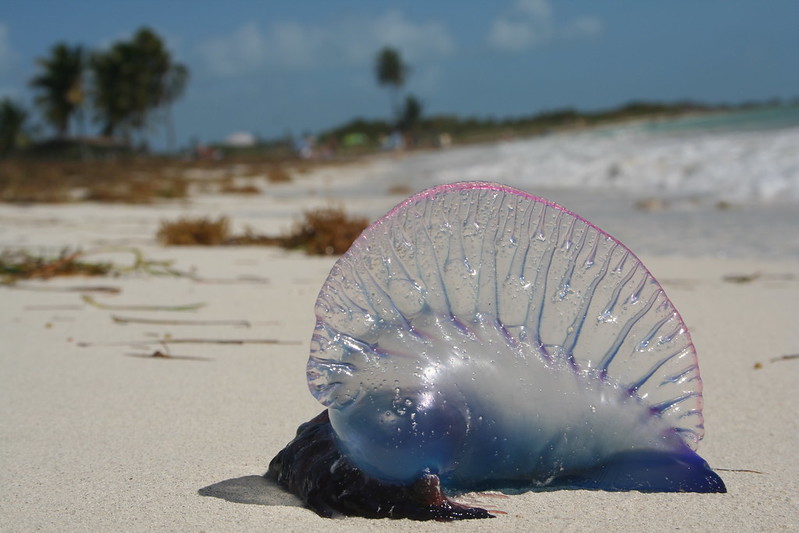 Not to be mistaken for a jellyfish with its long tentacles, the Portuguese man o’war fish is lethal in its capture of prey.

Defending it against the strong waves and acting as a sail, the man o’ war’s gaseous bladder floats above the surface of the ocean and thus allows the fish to navigate the waters.

A distinct quality about these fish is the ways in which the integrated parts of the organism play a role in harming their prey. Its sting, released from the tentacles, paralyzes the victims making it easier for the fish to nibble on the dead bodies.

Sounds terrible, right? It gets worse.

As the video mentions, much like their vertebral counterparts, humans are not immune to the Portuguese man o’war’s sting. The venom is so powerful that people die from it in extreme cases. Two of the BBC cameramen who filmed this Blue Planet II segment serve as living proof of the sting’s painful consequences.

One of the camera assistants and witnesses of the men’s injury, Andrea Cassini, emphasizes the severity of being stung by a man o’war fish and the importance of dealing with the situation quickly: “Once you get stung, you start to feel your heart beating really fast, you’ve got to get out of the water and head eight miles back to shore.”

Luckily, the two cameramen eased their pain eventually, recruiting help from their urine in the process.

I guess we all know what animals to stay away from at the beach this summer. When in doubt, the key is in the pee.

Interested in plenty of other fish in the sea? Click here to read about another one, in all of its lethal glory!