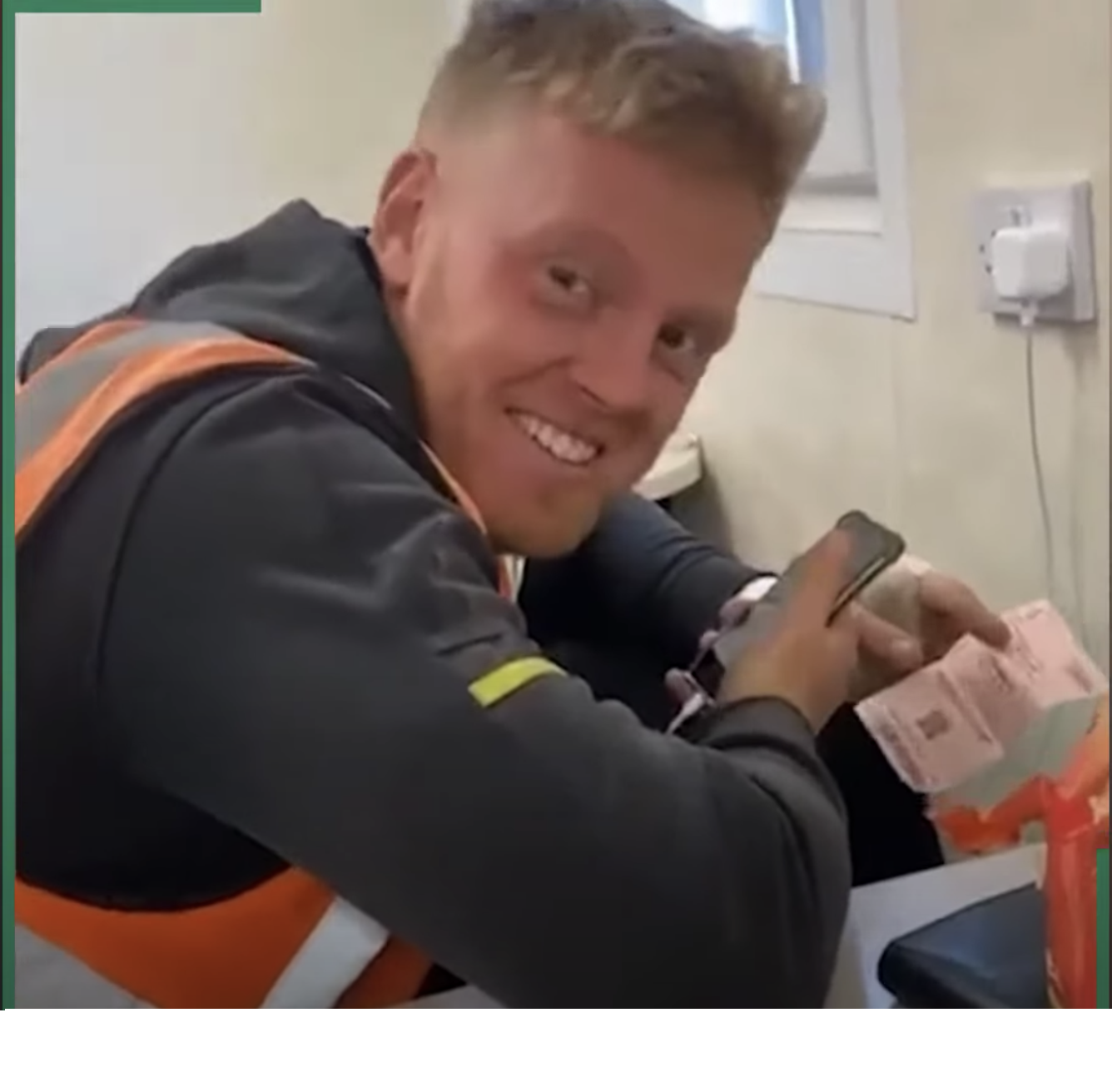 After a friend filmed his reaction at work, the man who won £1 million has become a viral sensation.

A man in the UK, Terry Kennedy, found out he had won £1 million while at work. After believing he had the winning ticket he promptly called the people at the lottery company to double check he wasn’t hallucinating. And it’s a good job he wasn’t because it would be pretty difficult to come down from that high.

The lady on the other end of the line made sure Terry was sat down as she confirmed that he was now a millionaire. The room erupted into celebration with Terry’s workmates celebrating for him.

If you think Terry Kennedy looks familiar, you’re right. Before getting a regular job where you spend your day checking your lottery tickets, he was a professional footballer. He made his debut with Sheffield United in 2011. But unfortunately the Yorkshireman never got the chance to make it all the way due to a recurring injury.