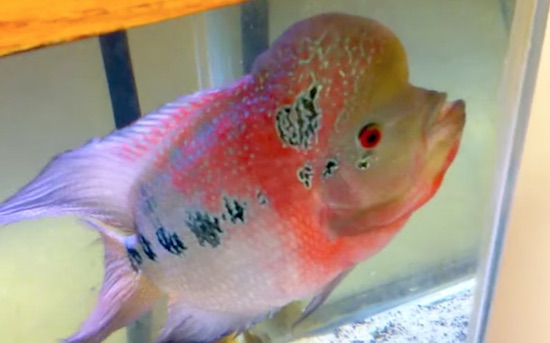 When I come across a deadly, man-made, crossbred fish with huge teeth, my first instinct is to always pet it. Befriend the beast. Why wouldn’t you show a marine predator some love?

Flowerhorn cichlids are deadly, but beautiful creatures. They come from the crossbreeding of certain Asian and Central American fish in the 90s. They are always known by their oddly shaped heads and really unique color patterns. However they’re also known for the huge teeth you wouldn’t know about unless you sunk your hand in to give it some affection.

When you think about it, it’s pretty crazy that people were able to make an entirely new breed of fish. Obviously we do the same thing with dogs and other animals, but the fact that we have that knowledge is incredible. To think that this fish would not exist without humans kind of blows my mind. Anyway, don’t let their looks deceive you, because they will make a feast out of your fingers. Never try to be pals with colorful fish because they’re colorful. It will probably end badly for you.

In other news, film buffs check out this Reddit thread of people finding locations that could be in Wes Anderson movies. 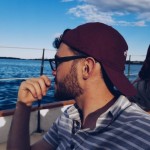