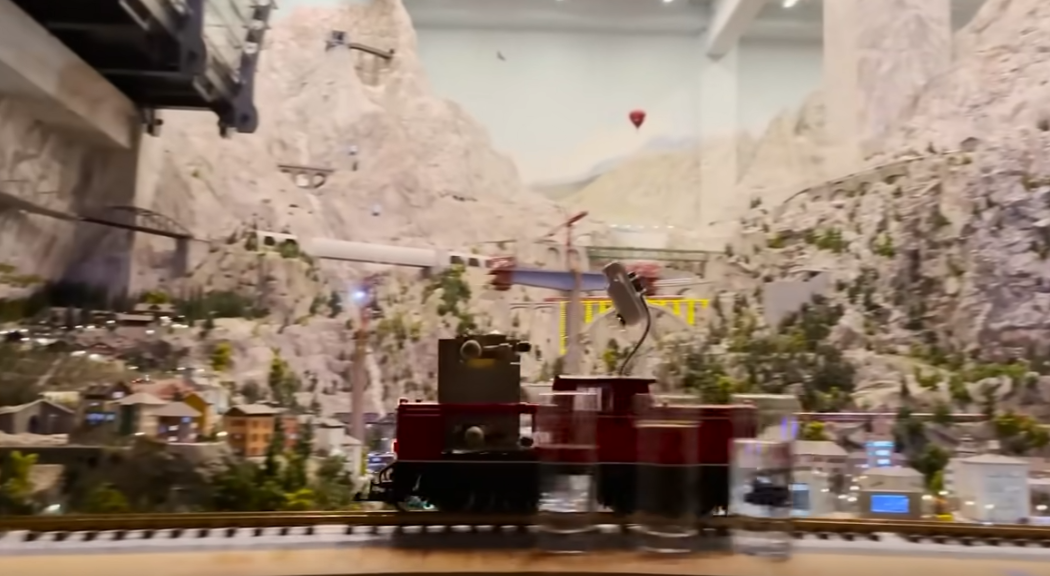 The pandemic has definitely brought out people’s creative sides. We’ve written countless stories since last year about how people are using their extra free time shall we call it, to create some cool and sometimes crazy projects. The latest: a model train museum in Germany set up water glasses along the tracks to play classical songs.

The Miniatur Wunderland in Speicherstadt, Hamburg, Germany has been closed for several months because of the pandemic and couldn’t let their guests in to see the trains. So, they set up miles of water glasses along the tracks and had the train hit the glasses, playing several classical music songs along its way. This isn’t just for the enjoyment of your ears, this is definitely a visual marvel too. The scenic backdrops that the train is traveling through are spectacular!

What did I tell you! A visual and hearing pleasure. I wonder why they chose classical music but it is still so beautiful. Maybe they will make more videos and choose other genres of music. Make it a series of videos. Though that would probably require even more thought and time. Even when people can return to see the trains in person, it would still be a good idea. Something for them to think about, I hope they do!

Click here to read about an attempted kidnapping on a New York Subway.