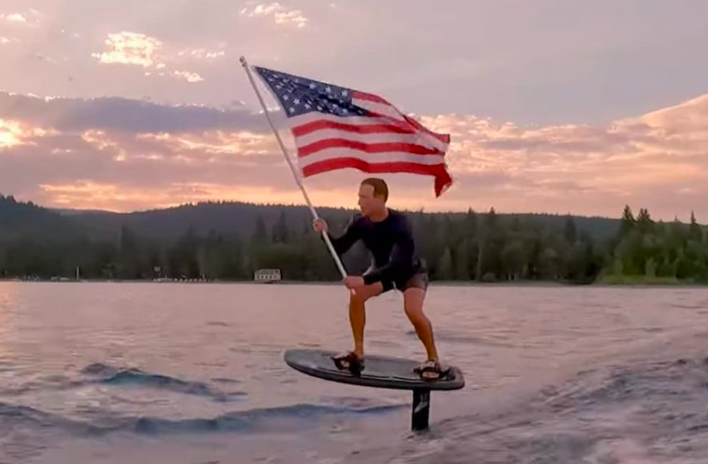 Each year Americans celebrate independence day by having barbecues and setting off stunning firework displays. But the founder of Facebook had a rather unique way of getting into the holiday spirit…

Zuckerberg, who has previously humored the internet with his strange sunscreen application, has now shared a rather strange video of himself waving the American flag as he wakeboards across a lake.

If the video wasn’t bizarre enough, Zuckerberg’s choice of music was also a little strange. Using John Denver’s ‘Take Me Home, Country Roads’, was an odd choice considering he was on water. But, who can deny that Denver’s classic isn’t an absolute anthem?

This isn’t the first time Zuckerberg has given Twitter something to giggle about. Besides the sunscreen-caked face moment, there was the internet-wide conspiracy that he was in fact an alien, following his un-human-like actions when he testified in front of the US Congress back in 2018.

Alien or not, good ol’ Zuckerberg is very reliable when it comes to giving the internet some fresh new meme content every once in a while.

And Mark doesn’t seem too phased about being the butt of a joke as one Facebook user commented “Leaning into the memes”, in which he replied “100%”.