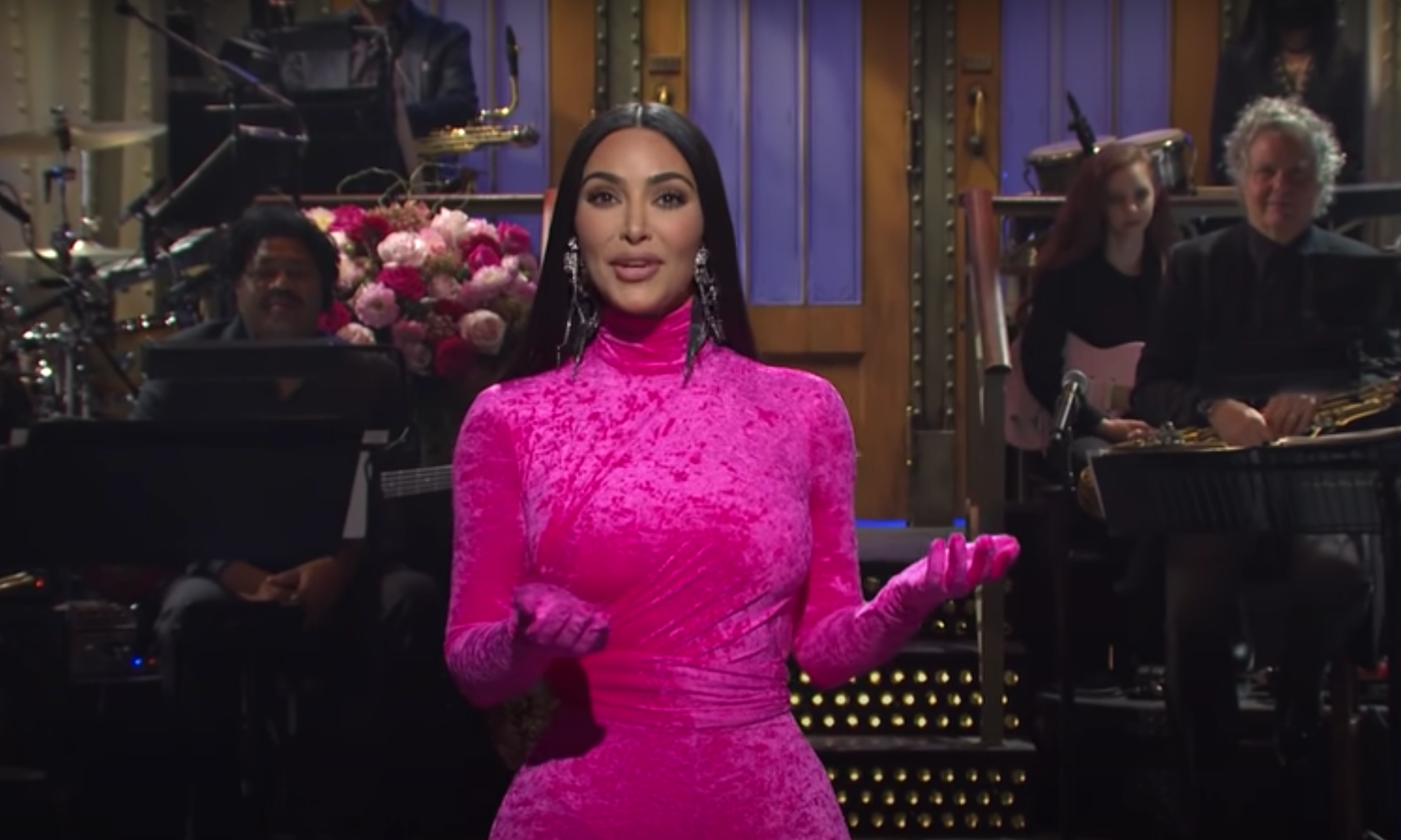 When you think of Kim Kardashian West you don’t often associate her with her comedic chops. Breaking the internet maybe, her tumultuous relationship with husband, self proclaimed “Shakespeare in the flesh” rapper, and recently turned Trump supporting conspiracy theorist Kanye west for sure; but the next John Mulaney? Not likely.

Well that changed this past weekend when Kim K made her first appearance as host for the wildly popular weekly syndicated live comedy show SNL. And she did not let her SNL debut go to waste with controversial jokes straight out of the gate.

The Keeping up with the Kardashians star, sporting a pretty arresting pink catsuit, began her opening monologue with some playful jabs at herself and her family, she joked “The one thing I’m really proud of is that no one could ever call me a gold digger. Honestly I’m not even sure how you become one. So, I asked my mums boyfriend Corey.”

After recieving some rawkus applause and laughter she quickly pivoted to joking about Kanye’s failed bid for presidency and conterversially OJ Simposon and her family’s involvement in the case.

Those familiar with the O.J. trial will know the turbulent international new coverage the court case recieved over the murders of Nicole Brown Simpson, wife of the now 74-year-old OJ, as well as her friend Ron Goldman, to which he was eventually acquitted.

There is a nervous buzz in the audience as she sets up the joke, “I’ve been lucky in life and I know that I’m priveleged, which is why I try and give back as much as I can. A real passion of mine is getting wrongly accused people out of jail.” she goes on to credit her father for much of her successes and as an influence on her opening her eyes to racial injustice before delivering the big punchline.

She continues, “It’s because of him because of him that I met my first black person,” the audience jolts with laughter. She takes a swing at the home run, “want to take a stab in the dark at who it was,” leading the audience then errupts with guffaws.

While she doesn’t state Simpson’s name outright in this line she then makes it abundantly clear who she’s talking about with this killer line, “It’s sort of weird to remember the first black person you met, but O.J. leaves his mark, or serveral, or none at all, I still don’t know.” The joke is met with huge laughter and applause.

She then followed it up with clever jokes about running for president, which her Ex-husband famously annonouced his campaign for the 2020 presidential elections, as well as some more well placed jabs at Kanye before also playfully going for SNL itself.

Kim Kardashian West has done it all at this point and know she’s taken a swing at comedy and hit a home run, at least in the eyes of the public who took to Twitter with an out pour of praise and affection for the monologue. Who knows could this mean a new career in stand-up comedy? Fingers-across.