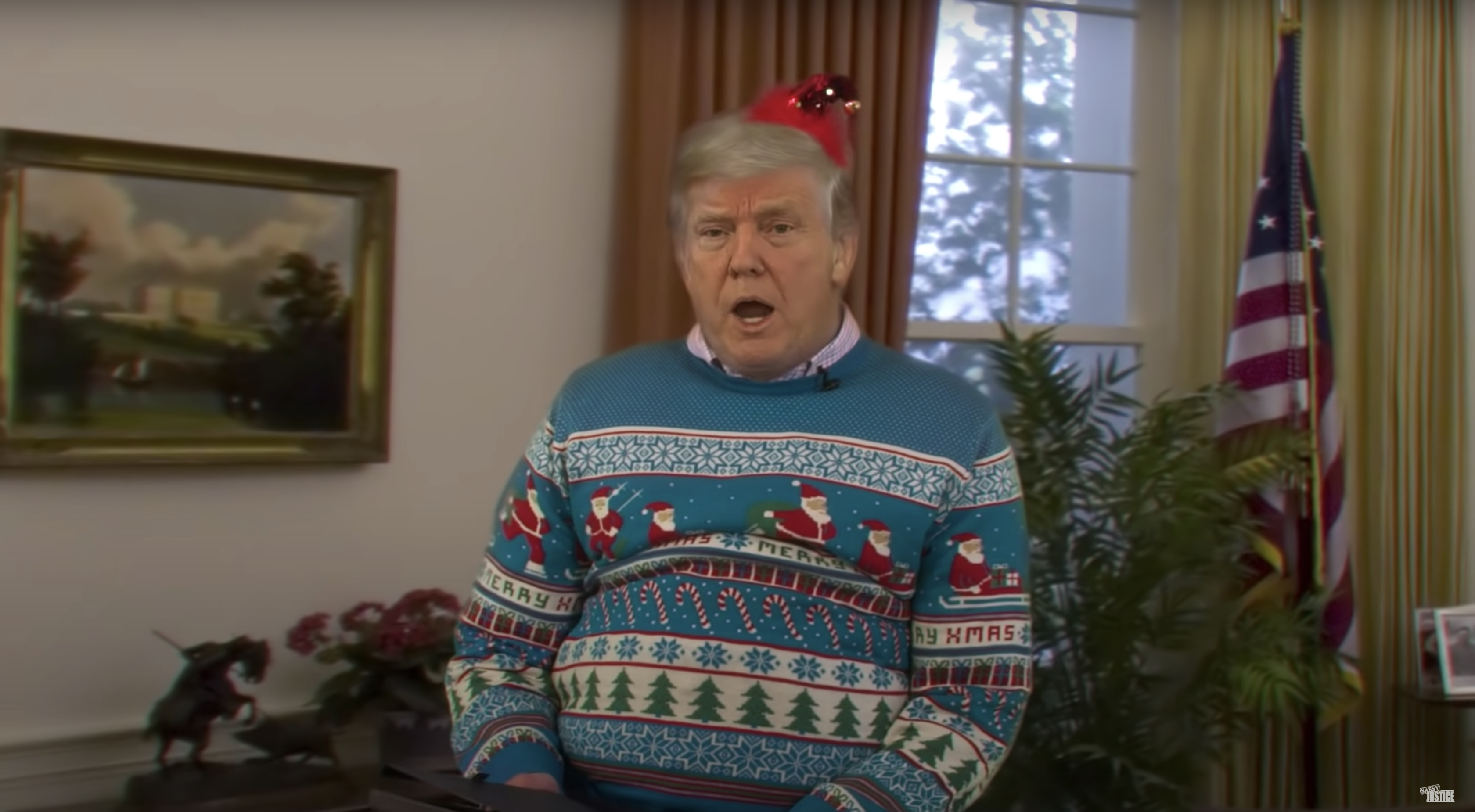 I’m not cry-laughing, you are.

Sassy justice is a new project of sketches and satire from the hilarious creators of Southpark. In the video, the President gives an annual Christmas address in the form of a Christmas tale. This Christmas tale, however, draws strange parallels with trumps’ re-election campaign.

The person in the video is actually Serafinowicz, who tells the story brilliantly, complete with cartoons to illustrate the president’s points. Trump clearly sees himself as the “cool, awesome” reindeer. Whether anyone sees him like that is yet to be discovered.