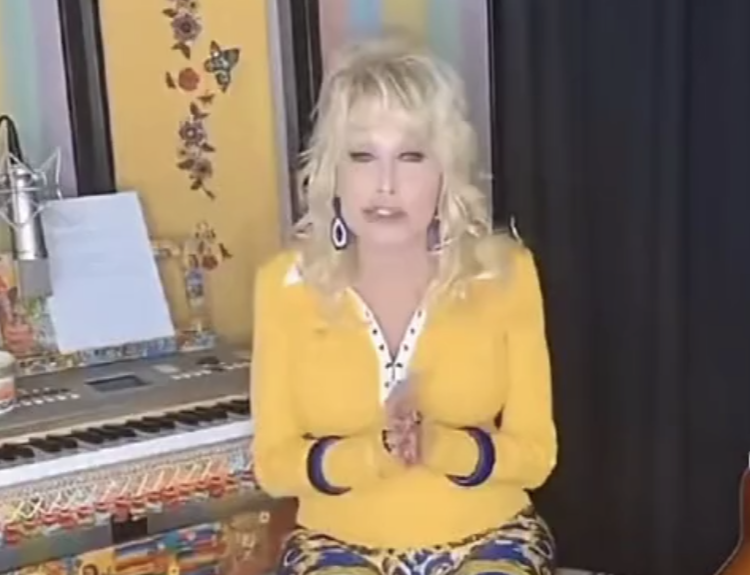 An account that everyone believes to be American, singer-songwriter, Dolly Parton.

The account made its first post on September 26, with received more than 4 million views. However, it has yet to be confirmed that the account really belong to the country superstar.

The clip shows Dolly Parton in bright yellow and blue, paired with her signature platform shoes. Dolly is seen sitting down at the piano to begin addressing viewers.

Parton, who has been a huge advocate for the COVID-19 vaccination, is seen saying that ‘everything’s gonna be okay.’

‘Well hello. I guess I’m on TikTok! I just dropped in to say that everything’s going to be OK, you keep the faith, and to remind you that I’ll be on tonight reading you a story at 7 o’clock Eastern time.’

TikTok users were overjoyed to see that Dolly Parton had joined the platform and thanked her for her positive message.

One user wrote, ‘DOLLY YOU CANNOT JUST CASUALLY SHOW UP LIKE THIS [.] I AM UNDERDRESSED AND UNDERPREPARED.’

Another had this to say, ‘Really need to hear that everything is going to be ok. Thank you Dolly!’

More and more fans began to comment on the singers video saying, ‘DOLLY IS HERE THIS IS NOT A DRILL’, as another wrote, ‘I’ve never hit follow so fast.’

One TikTok user actually wrote that the video had ‘cured [their] acne, paid off [their] debt, healed [their] psoriasis, and fed [their] soul.’

While the video has since been taken down and the account suspended, people were given a short spike of hope. Who knew what a warm and positive effect that Dolly Parton could have on people on social media?