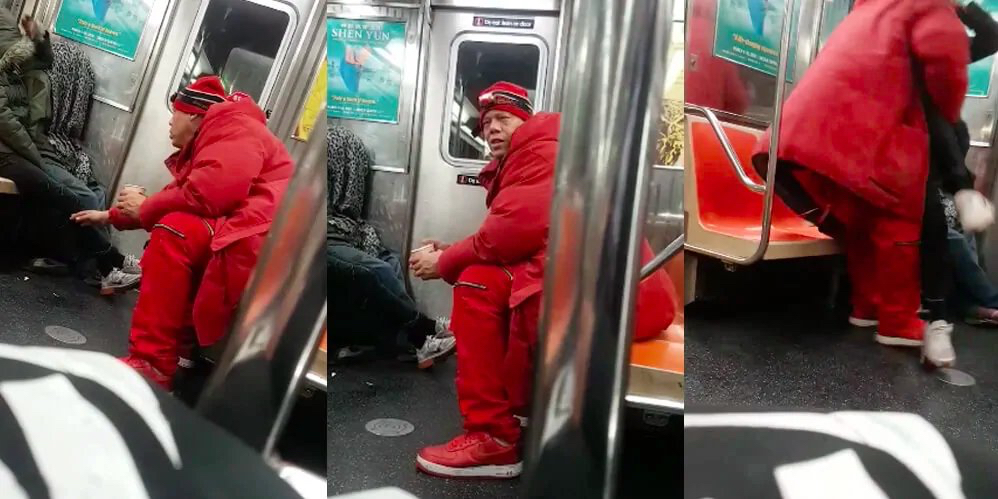 There are tons of ways to travel in New York City. You can take the bus, walk, call an Uber, ride a bike, or take the subway. Personally, I prefer to walk. I don’t want to spend money on an Uber or worry about getting hit by a car riding my bike. But neither of those options compare to the New York City subway, where a man was caught on video trying to kidnap a young girl.

This video makes me want to never take any public transportation ever again. Why does this guy try to do this?!? Why does any person do this?!?

The would-be kidnapper, Sonny Alloway, tried explaining his side of the story (Tweet below) but I don’t buy it. Trying to say that the girl wanted to be taken off the train because she was being held hostage? In the video she looked like she was sleeping instead of being held for ransom.

Add in the fact that a video of Alloway singing about looking at little girls emerged after the attempted kidnapping, it seems less likely that his side of the story is anywhere close to the truth.

Man who tried to kidnap girl on the #NYC subway tells his side of the story on what really happened! #SonnyAlloway #Kidnapping pic.twitter.com/E5BkoiqOi9 — For The Culture Hip Hop TV (@FTCHipHopTV) January 2, 2020

Unfortunately for Alloway, this viral video made the rounds, causing some New Yorkers to take action the way they know how (WARNING: Video below contains violence that may be distressing for some viewers)

I’m praying this is the last time we hear from Alloway, but he isn’t the only type of person out in the world to try something like this. Hopefully the new decade of 2020 gets people to be better as human beings.