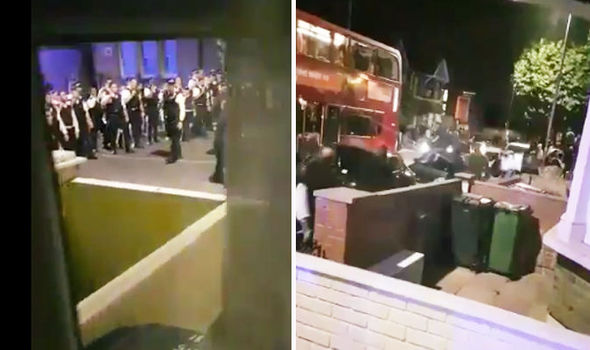 When the police crash your party, it’s no one’s idea of a good time – apparently East London kids especially don’t appreciate it, however, a sentiment succinctly expressed when they started lobbing bottles at the big bad law, escalating in (almost) a full-blown riot.

The ruckus began when crowds were refused entry to a warehouse party in Leyton circa. 9pm. Two or so hours later, a crowd within that crowd, largely 18-20 year olds, decided to retaliate, with one police officer being injured. Things got quite dramatic, with roads being closed off, buses rerouted, and the arrival of a police helicopter to survey the situation from above.

While it’s a shame that the party-goers couldn’t actually get in to the party, this behaviour is becoming sadly typical of Brits. Here’s another example.