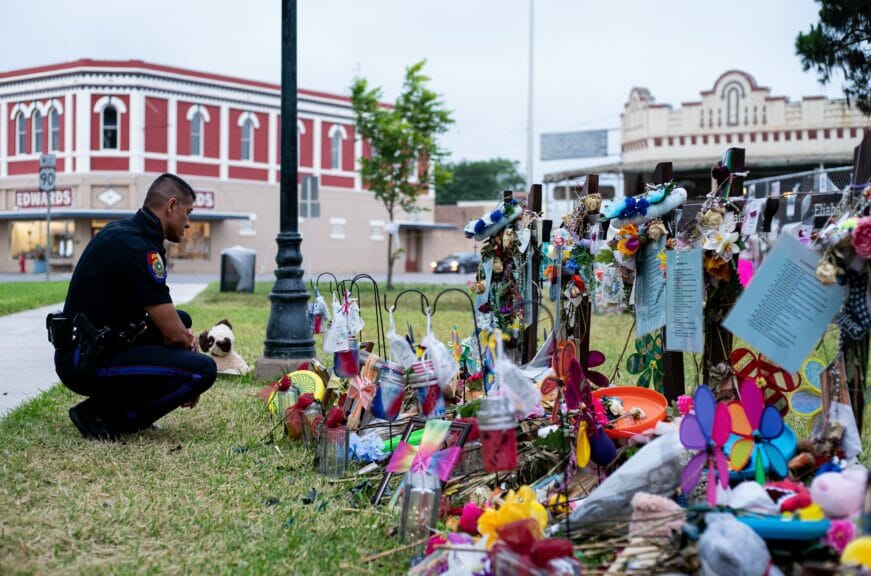 On May 24, 2022, a gunman entered Robb Elementary school. He killed nineteen children and two teachers during his attack. The police force assigned to Robb Elementary School consisted of five officers and one security guard. These officers were allegedly among the first responders. Over 400 people eventually showed up to provide assistance.

Since the shooting, many have accused the Uvalde police of negligence in their response. In July, a complete investigation into the Uvalde school shooting and the local police response was conducted. Texas legislature announced it uncovered “systemic failures and egregiously poor decision-making” by the UCISD police force.

An internal review revealed Elizondo was the first member to enter the school hallways after the shooter. Elizondo was without her weapon and her vest when she entered Robb. She has since been fired from her position with the Uvalde school district.

Friday’s announcement also included the decision to put UCISD’s director of student services Ken Mueller on administrative leave. Lt. Miguel Hernandez, the officer who directed the police department’s response after the shooting, has also been placed on leave.

These announcements were followed shortly after by Superintendent Hal Harrell’s decision to retire.

UCISD’s recent decision comes after months of insistent protests from the community. Families of the victims held an around-the-clock vigil outside the school district headquarters, demanding accountability for the negligence seen in May.

“My son is dead because of the inactions of your school district, of the city, of all the police involved,” said Brett Cross. “They all failed.” Cross is the guardian of Uziyah Garcia, a 10-year-old student at Robb Elementary who was killed on May 24.

Following the announcement of the police department’s suspension, Cross commented, “We’ve gotten a little bit of accountability. So it’s a win, and we don’t get very many of those.”

Berlinda Arreola expressed similar sentiments: “This is the perfect example of why we didn’t stop.” Arreola is the grandmother of Amerie Jo Garza, a 10-year-old student of Robb Elementary who was killed in Robb Elementary while on the phone with 911 to report the violence.

“We are going to continue because there are other children that still go to school here. We have a lot of siblings of the deceased that go here. We want to make sure our kids are secure and protected.” Berlinda continued. “And we want to make sure that the people protecting them are willing to protect them.”

In this article:News, Uvalde school