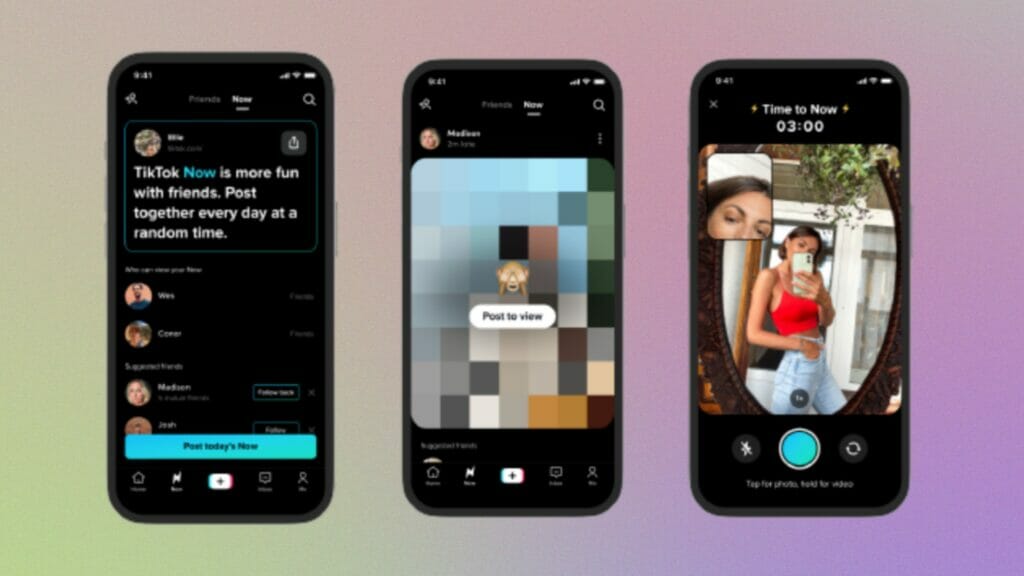 Like all popular apps, TikTok is constantly adapting and developing new features. The latest feature, TikTok Now, has been compared to the social media app BeReal. BeReal has taken the internet by storm as an alternative to other social media platforms such as Instagram. But how does TikTok Now compare to BeReal and are these apps really making social media more authentic?

BeReal was launched in 2020 as an alternative to Instagram. The idea behind the app is to show how your life really is rather than editing it to look better. BeReal prompts users to take one unedited photo every day at a random time. Users are given two minutes to take the photos and post them. A picture is taken using both the front and back cameras. The app has no filters and no editing tools, so there’s no way to make your pictures look perfect. Only those you’ve added as friends can see your posts and react to them. Additionally, all posts disappear after 24 hours.

BeReal really soared in popularity this year, as the app has been downloaded 53 million times. It’s also currently ranked as the fourth most downloaded social media app after Instagram, Snapchat, and Pinterest. People love BeReal due to the lack of pressure the app puts on users to look ‘perfect’ online. It gives you a real glimpse into your friends’ lives, which can be comforting if you don’t see them enough to regularly catch up. For many, BeReal is a breath of fresh air in the world of highly edited, filtered, and Facetuned social media.

TikTok has jumped on the BeReal bandwagon

Considering BeReal’s success, it’s no surprise that TikTok has created a feature that is very similar: TikTok Now. It was launched in September of this year. Similarly to BeReal, TikTok Now prompts users at a random time every day and gives them three minutes to take a picture or video. Unlike BeReal, you can’t see the photos other people are posting using TikTok Now until you share your own. A week after launching TikTok Now, TikTok was released as a standalone mobile app for those outside the US.

The reactions to TikTok Now have been mixed. Some people really liked the concept of having a chance to share an unpolished and unedited video of themselves. Others felt as though TikTok was trying to cash in on BeReal’s success and found the feature irritating. A massive social media app like TikTok, which has been criticized for how damaging the beauty standards it promotes are, rolling out a feature that promotes authenticity seems to be a bit of a joke in many people’s eyes.

Whilst BeReal has been met with a lot of positive feedback, there’s a growing amount of skepticism about its goal of authenticity. On Twitter, people have been complaining about its antisocial notification timings and the pressure to post something every day. Others pointed out the fact that most people post late. This raises the question: are you actually ‘being real’ if you’re not posting when the app tells you to? Posting late allows users to delay taking a picture, meaning they can wait until they’re doing something interesting or looking good. Also, the app allows you to retake pictures, so you can keep on taking pictures until you get a ‘good’ one. These issues apply to TikTok Now too.

But can social media ever be authentic? Even though BeReal has tried to create a more authentic social media platform, it has proved to be a basically impossible task. Everyone wants to look good online and so people won’t post themselves when they aren’t looking their best. We’ve been conditioned to only post the best pictures of ourselves, so an app that doesn’t allow that isn’t going to fulfill what we use social media for. The only way to actually ‘be real’ is to put your phone down and experience the world without needing to document everything.