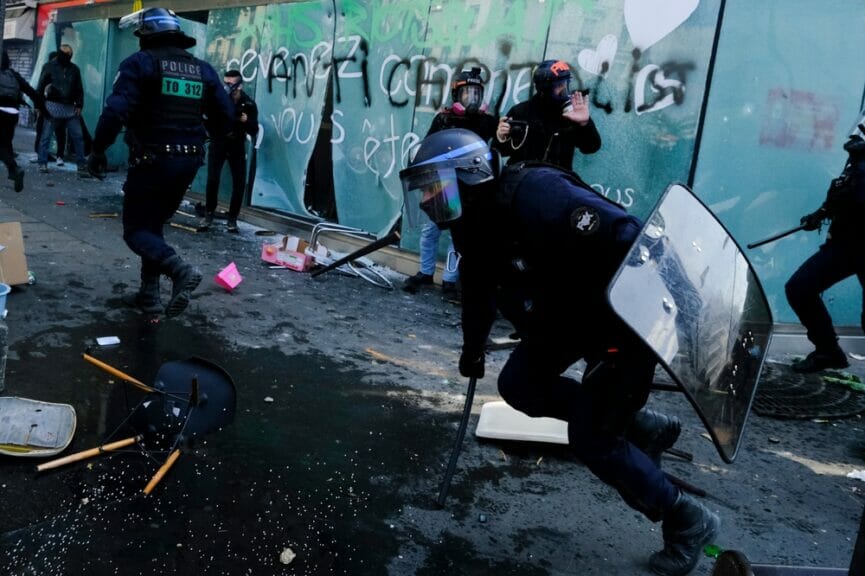 The 69-year-old male suspect has opened fire on a Kurdish cultural center and shot members of the community, killing 3 and severely wounding others. The attack is suspected to have a racist motive.

The city of Paris has erupted into riots and protests after the news of a white, tall, and elderly man attacked a Kurdish cultural center, and shot down two men and a woman. The location was in the 10th district of Paris, on Rue D’Enghien.

The suspect had allegedly been recently released from prison, and the Paris Prosecutor Laure Beccuau said the suspected shooter had previously been charged with charges concerning racist violence.

The previous charges the suspect was arrested for occurred in 2021 when he attacked a migrant camp in Paris at Bercy with a sword as a weapon. No comment has been provided as to why he has been recently released at just 1 year of imprisonment.

This recent attack at a Kurdish center seems to have occurred similarly to other attacks in Paris. There is no public and confirmed link, but there were shootings at a restaurant and a local hairdresser.

The French Interior Minister Gerald Darmanin publically stated that there is no known link between the suspect of the shooting at the Kurdish cultural center and the ultra-right groups in Paris.

Police managed to detain the suspect of the shooting without resistance and retrieve the weapon used.

However, the Kurdish Democratic Council in France that runs the center that was attacked, condemned the attack claiming it had racist intentions. Since the release of the short statements, citizens themselves and frequentors of the center have taken to the streets of Paris to protest against this targeted violence.

There have been reports of clashes between the police and a group of grieving members of the community who appeared at the center following the news.

The Le Monde newspaper interviewed Agit Polat, a spokesperson for the center. Polat claimed the French authorities “once more” failed to protect Kurds living in Paris. This is connected to the 10-year anniversary of the murder of three Kurdish women activists in Paris, in 2013. One of whom was the co-founder of the militant nationalist Kurdistan Worker’s Party. Although no official link has been identified between the attacks, the Kurdish Democratic Council in France did highlight this coincidence in their statement.

On the contrary, French President Emmanuel Macron praised the police for their “courage”.

Read here on how Turkey’s decision over Finland and Sweden’s membership to NATO creates turmoil for the Kurdistan Worker’s Party.

In this article:france, News, Paris