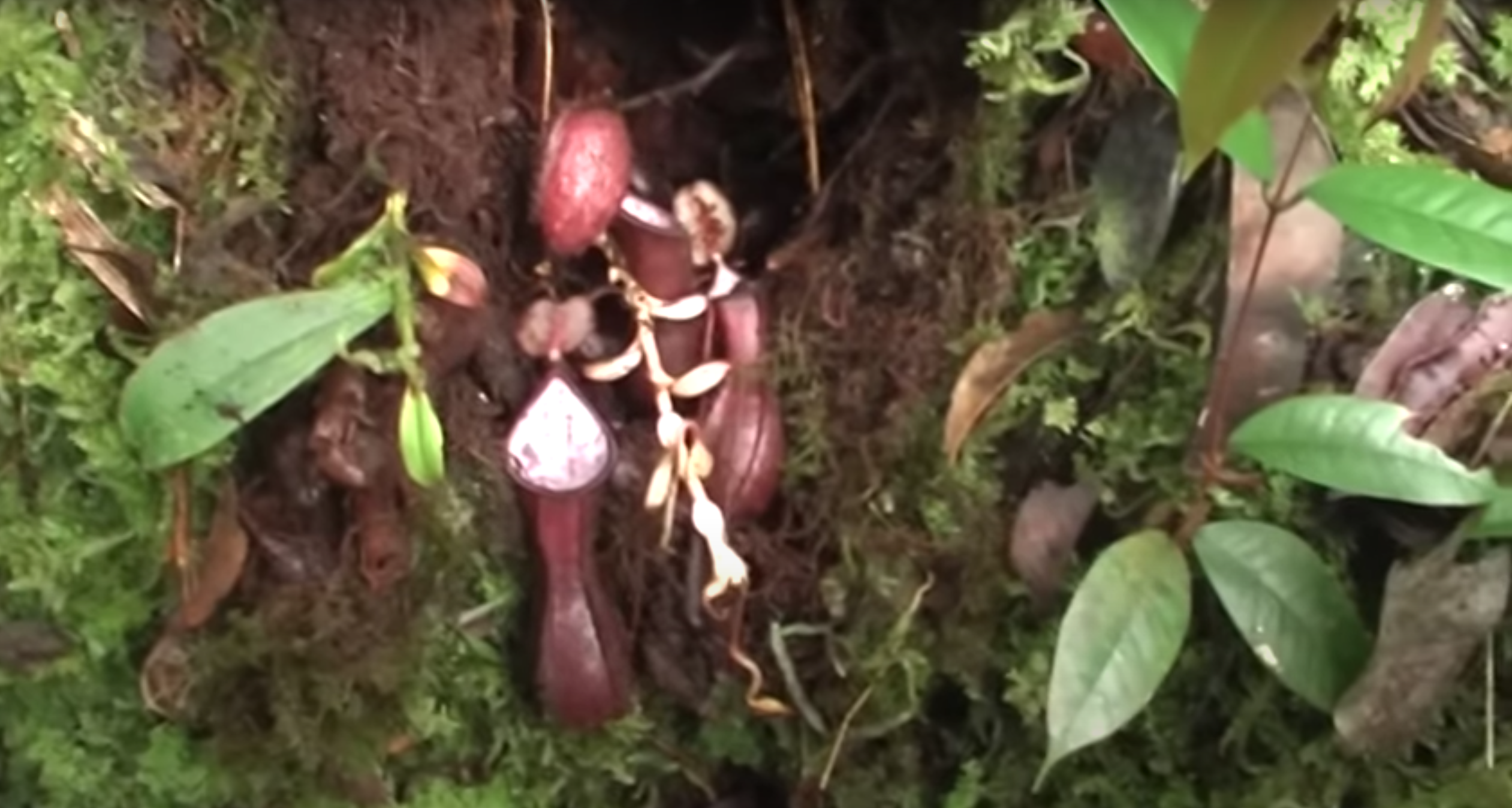 A new species of carnivorous plant – Nepenthes pudica, is shown in the Indonesian province of North Kalimantan on Borneo. No other species of pitcher plant catches its prey underground.

Scientists have discovered a new species of carnivorous plant in Indonesia. Uncovered in  North Kalimantan, a province in the Indonesian part of the island of Borneo, the new species (dubbed Nepenthes pudica) is part of the pitcher plant family.

Pitcher plants are a group of carnivorous plants and are given the name as they make pitfall traps or pitchers from their modified plant leaves to catch their prey, essentially trapping them underground before devouring them. The Nepenthes pudica, like other pitcher plants, feed off subterranean creatures such as worms, larvae, and beetles; while one species is so large it can trap rats. However, of the three other groups of carnivorous plants known to trap underground prey, all use very different trapping mechanisms and, Nepenthes pudica, is the only known to trap larger organisms, the researchers said.

No other species of pitcher plant known to science catches its prey underground.

The Nepenthes pudica has pitchers up to up-to-11-cm-long (4.3-inch-long) which it places underground ‘where they are formed in cavities or directly in the soil and trap animals living underground, usually ants, mites and beetles,’ said lead study author Martin Dančák of Palacký University Olomouc, Czech Republic.

The newly uncovered member of the pitcher plant family was, surprisingly, discovered by accident during a several several-day trips member of Palacký University Olomouc, Ľuboš Majeský, who was with a research team and its Indonesian colleagues in 2012.

When the discovery was made Majeský and his group was venturing around ‘a previously unexplored mountain, randomly chosen from a number of candidates’.

Reflecting on their new discovery Majeský wrote in a blog for Pensoft ‘We noted plants which were undoubtedly Nepenthes but produced no pitchers. After a careful search, we found a couple of aerial pitchers, a few juvenile terrestrial ones, and one deformed pitcher protruding from the soil.’

Majeský explained how, at first, the team thought it was ‘an accidentally buried pitcher local environmental conditions had caused the lack of other pitchers’.

‘Still, as we continued to find other pitcherless plants along the ascent to the summit, we wondered if a species of pitcher plant might have evolved towards loss of carnivory, as seen in some other carnivorous plants.’

However, according to Majeský, he tore a moss cushion from a tree base; revealing a bunch of pitchers with a rich maroon hue when they were taking photos. See below

The name of this specific type of pitcher plant has been revealed as the Nepenthes pudica, which is inspired by the plant being hidden from sight (the word ‘pudica’ is from the Latin word ‘pudicus’, which means bashful).

This discovery is important for nature conservation in Indonesian Borneo, which is a biodiversity hotspot. Yayasan Konservasi Biota Lahan Basah’s Wewin Tjiasmanto concluded: ‘We hope that the discovery of this unique carnivorous plant might help protect Bornean rainforests, especially prevent or at least slow the conversion of pristine forests into oil palm plantations.’