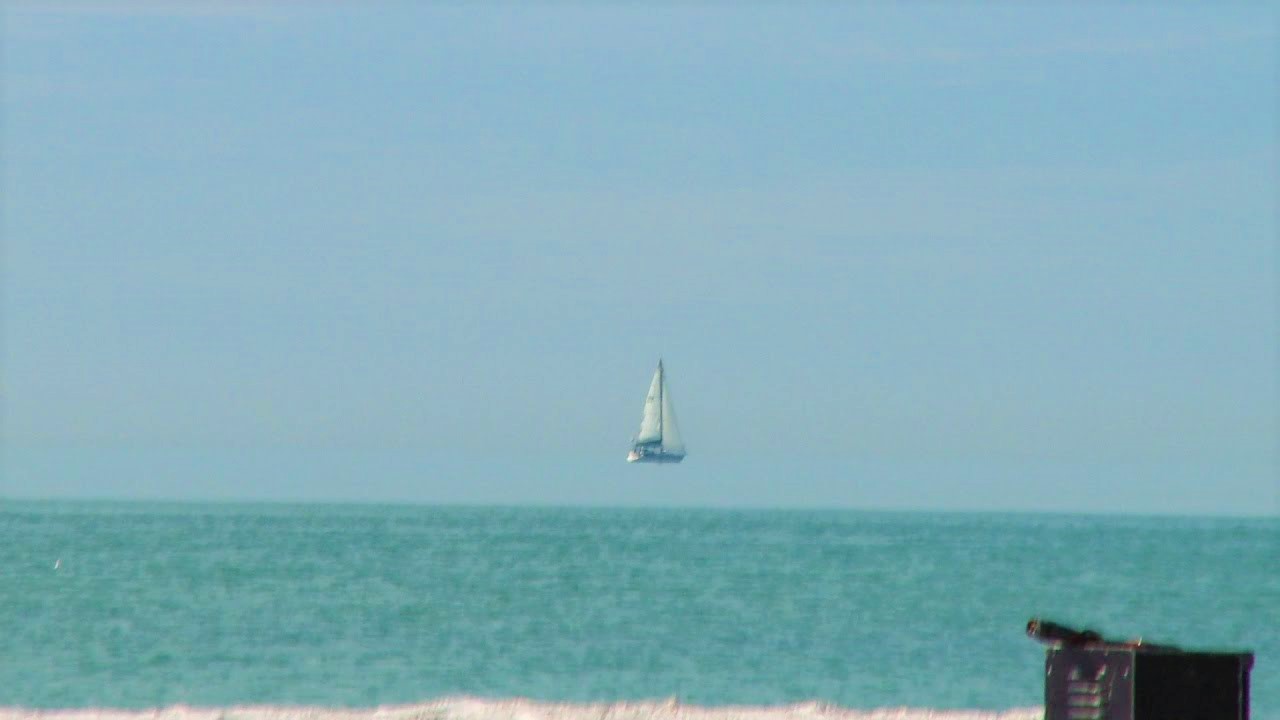 After Twitter lit up with wonder over this rare optical illusion, an expert stepped in to explain that, despite how it may look, the boats in these viral pictures are definitely not floating in mid-air.

A recent image captured off the coast of England by David Morris appears to show a ship hovering impossibly above the water.

BBC meteorologist David Braine explained that this “superior mirage” is the result of “special atmospheric conditions that bend light.”

The unusual illusion is called a Fata Morgana, which is seen when there is what’s known as an inversion layer in the atmosphere.

Typically, the temperature of the air gets cooler as you go from the ground upwards but when there is an inversion layer, the air near the ground is coolest and there is warm air above it.

Since cold air is denser than warm air, it bends light towards the eyes of someone standing on the ground or on the coast, changing how a distant object appears.

Superior mirages can produce a few different types of images – here a distant ship appears to float high above its actual position, but sometimes an object below the horizon can become visible.

The Fata Morgana illusion is so rare because usually the wind mixes all these layers around.

When light is reflected and travels through these defined layers of different densities, it bends. We are accustomed to light travelling in straight lines and so, looking out from the land, it would appear that the ship is in the air and not sitting on the surface of the ocean.

Personally, I choose to believe that the ships are simply transporting helium… but I guess the scientific explanation works too.

Read more: WATCH: The Optical Illusion of the Year is Here