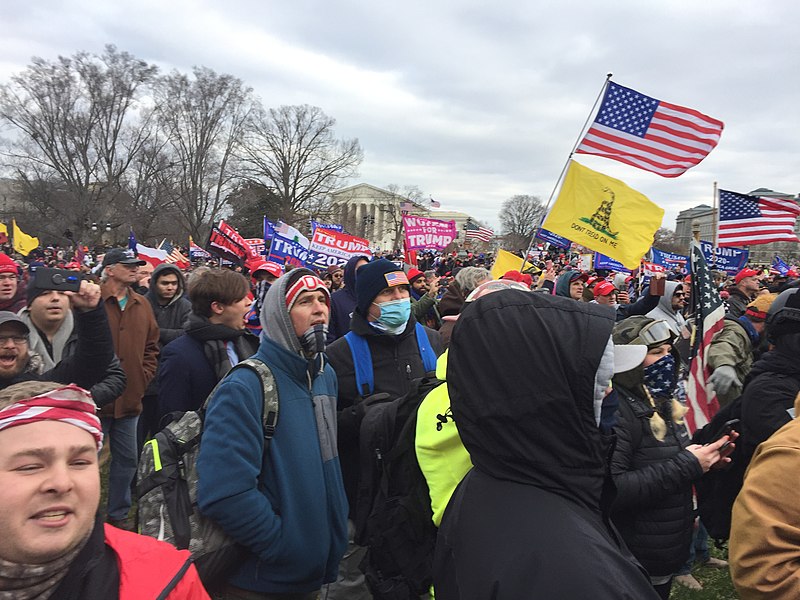 If by some chance you haven’t yet heard of the events that occurred at the United States Capitol building, here’s a refresher. Upset by the results of a fair election, Trump followers raided the capitol building, local police and guards stood back and let them and the media at large cried for a few days before trying to sweep this under the rug as just some commonplace incident. When in reality this was an attempt at a coup, an insurrection. the flag of the Confederates was flown INSIDE the United States capitol building.

The significance of this event is lost on a lot of people, dismissing it as just inflammatory or ineffective. History has shown how such events can later be revealed as part of a larger growing nefarious organization, but I digress.

A huge benefit of modern-day technology is the cellphone, particularly its function as a camera. Because so many of the people who stormed the capital that day felt untouchable by the police and entitled to the ability to overthrow a democratic vote, they filmed it all… willingly.

As such there are many videos and photographs now of these people stealing from the building, taking selfies with security personnel, sitting at the opened emails of politicians, and so much more.

Much of this footage was posted to a now taken down social media service, Parler. Thanks to this application we can see what these invaders saw as they swarmed the capitol building, some doing so with firearms and explosives. Luckily before the site was taken down by its host, hiding all of this video evidence, the posts were archived.

You can view a ton of the videos posted, organized by both time and proximity to the capitol building here. There isn’t much else to watch currently so I’m sure this’ll hold your attention, watching the madness go down all over again, from the inside.