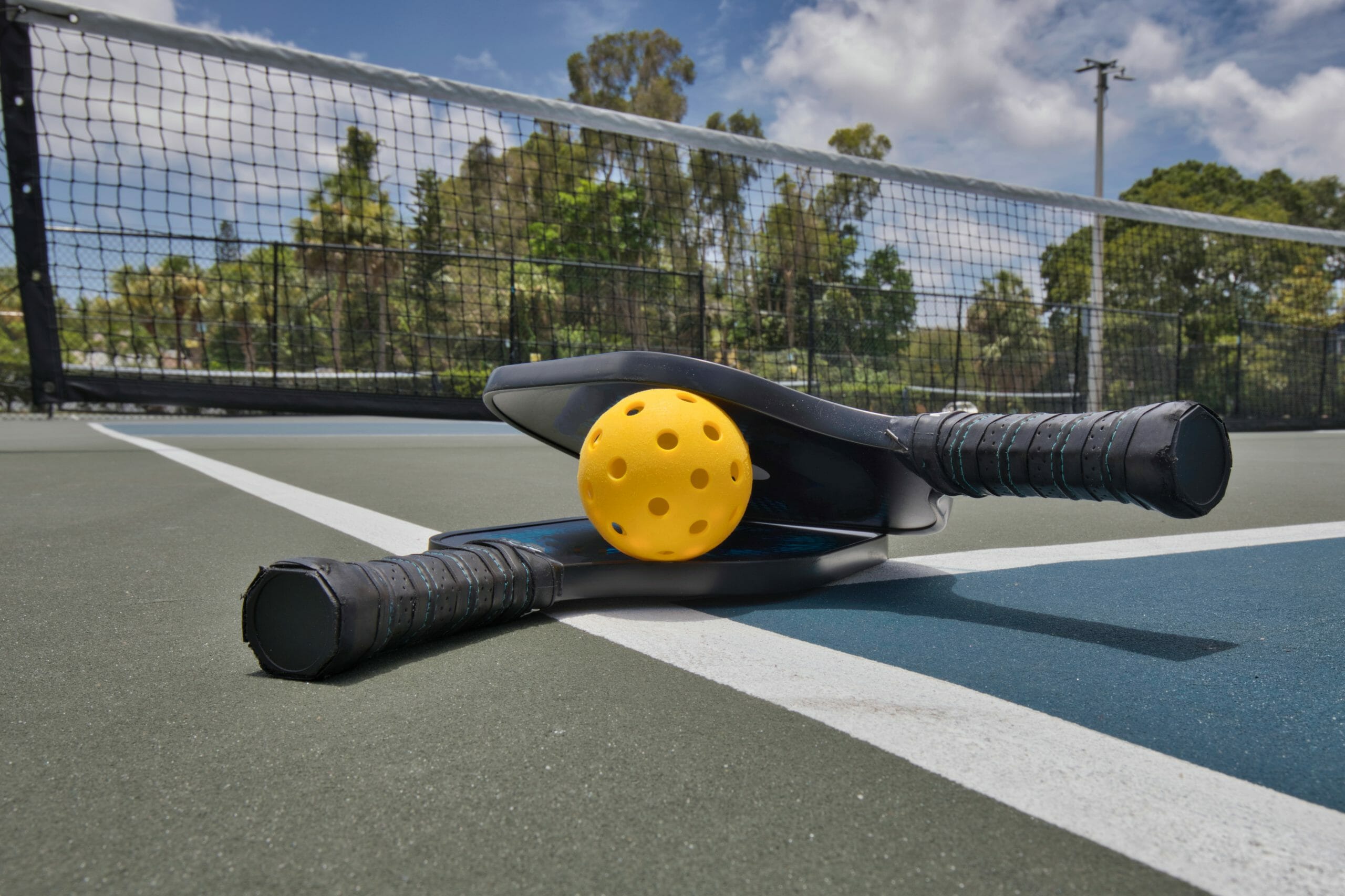 What is Pickleball? It’s a sports game played with a ping-pong-like paddle on a badminton court with a tennis net. Created in 1965 by three families of friends, pickleball has a steady growth of players over the years until its sudden take-over of the U.S. during the pandemic.

According to the New Yorker, more than 1 million Americans have taken up the game during the pandemic, and the number is growing fast. Celebrities playing the game include Michael Phelps, Leonardo DiCaprio, and the Clooneys.

What is the best body type for pickleball players? The top-voted answer to this question on Reddit is “short, fat, bald”. Joke or no joke, it tells the welcoming nature of the game. The non-volley zone near the net and the small court have made the game less competitive in nature and more social. Doubles are also extremely popular in pickleball.

In spring 2020, Kylie Jenner reportedly purchased a new mansion in L.A.’s Holmby Hills with its own pickleball court. The Kardashians also played doubles on Keeping Up with the Kardashians. Kim claimed she used the sport as an icebreaker with Khloé’s N.B.A. player boyfriend, Tristan Thompson:

“I have no idea how to even start a conversation with Tristan,” Kim said on the show, “and pickleball was the first thing that popped into my head.”

The basic rules of pickleball are simple:

Many pickleball players talk about the click moment for them, and it is almost always about the sense of belonging and community. Like Steve Kuhn, founder of Major League Pickleball, said, “It’s bringing Americans out to meet other Americans in ways they normally wouldn’t”.

Players claim there is a democratic spirit in the game that transcends socioeconomic boundaries. Despite its apparent similarity to tennis and the fact that it is often played on a tennis court, tennis is a derogative term in pickleball. People would say, “that’s tennis”, whenever a player chooses competitiveness over good sportsmanship in the game.

Right now, there is a rising antagonism in many townships between the players of pickleball and tennis for a simple reason — the courts. With the explosion of pickleball, the municipals are trying hard to catch up, but there is still a severe shortage of courts. In many cases, pickleball players are gradually taking up existing tennis courts. In Mountain View, California, the city council has endorsed the drawing of pickleball lines on tennis courts, ending in a strong protest from the local tennis association.

There were two major pickleball tournaments — the P.P.A. (Professional Pickleball Association) tournament and the A.P.P. (The Association of Pickleball Professionals) tour until Steve Kuhn, a former hedge fund manager, founded the Major League in 2016. Many fear that Kuhn’s competitive approach is undermining the egalitarian spirit of the game that has drawn them in the first place. There are also more and more tennis players turning to professional pickleball following the boom.

As people complain about the decline of house parties because of the pandemic, more and more are turning to outdoor sports like pickleball, frisbee, or spike ball. Why not try one of the games to stay healthy and connected if in-house parties are not in trend anymore?

In this article:News, Pickleball, sport