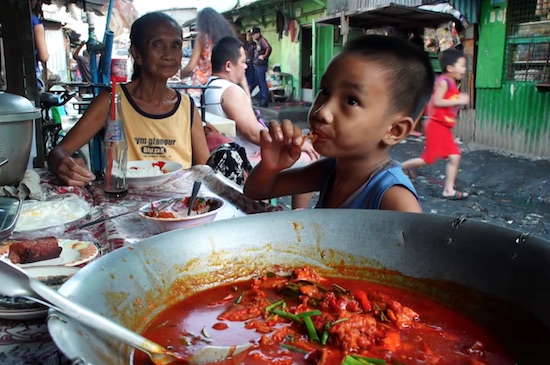 If you think that living off dried noodles or munching on out-of-date ham is bad, think again.

In the Philippine capital, Manila, poor communities are in desperation for food, so much so that they are now scavenging rubbish tips for leftover edible items. Members of poor communities in the city are collecting leftover food dumped by restaurants, only to wash and recook it to put into meals.

The resulting dishes that are constructed using this rubbish is known as “pagpag” and is consumed by people that can’t afford to buy fresh meat. It seems almost unbelievable that somewhere in the world this is a reality, however, it is, the video below will give you an insight into what it’s like to live like this.

As a warning, you may want to skip watching this if you have a weak stomach.

On a lighter note –  Happy Cheester! Asda has revealed they are selling an Easter egg made of cheese!