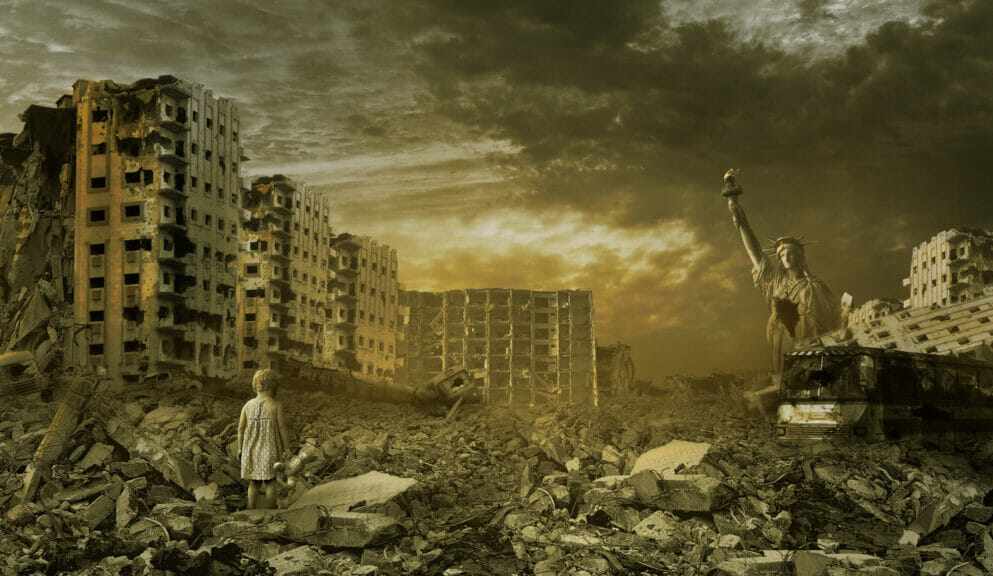 Countless people were holding their breath on the 23rd of September. Why? Because an online rumor had spread that the 24th of September 2022 was doomsday.

Either there was going to be a global blackout, a zombie apocalypse, or any other ‘end of the world’ scenario you can imagine. However, September 24th has come and gone and the world is…just as it was. Not a blackout or zombie in sight. Just like when people believed that the 21st of December 2012 would be the end of the world, this theory was proved wrong. But where did this bizarre prediction come from?

The 24th of September doomsday date all started when a video of the German legislator Friedrich Merz was released. In this video, Merz says

“September 24, 2022, is going to be a day that we will all remember, and we will say about this day in the future, that I will remember where I was.”

Pretty ominous sounding. Due to the video circulating on Twitter without context, the internet took this date and decided that the date marked doomsday. What Merz was really talking about was his opinion on the Russian invasion of Ukraine. After Merz’s statement, it has been suggested that the German legislator got the date wrong. He was probably meant to refer to February 24, the day Russia invaded Ukraine. However, the video had already spread across the internet and had gotten the ball rolling with the doomsday theory.

Just like all good conspiracy theories, The Simpsons are involved

The Simpsons have been the basis of many conspiracy theories. This is because of the multiple predictions of future events that the series has contained. Some events it allegedly predicted include Donald Trump being elected as president and monkeypox. As for The Simpsons predicting the doomsday date, it’s a bit farfetched.

The reasoning behind the doomsday date according to The Simpsons is that the ninth episode in the 24th season centers around a group of preppers readying for the end times. The episode also features an electromagnetic pulse device, which people believed would actually be bringing about the apocalypse in reality.

The panic around the 24th of September is similar to the anxiety people felt surrounding the Mayan calendar’s prediction of the end of the world back in 2012. The ancient Mayan calendar was used by Aztec colonies in South America. Mayan calendars are slabs of stone engraved with symbols that show several cycles or counts of time. They date all the way from 3114 B.C. to December 21st, 2012. This final date was well known to the public due to archaeological research published in books and online. Of course, such an ancient prediction caused worldwide panic as the years crept closer to 2012. However, just like the most recent doomsday date, nothing happened.

Do we need to worry about doomsday? Most likely, no. The planet has been getting along just fine for more than four billion years, and there’s little evidence (aside from wild conspiracy theories) to suggest that doomsday is coming anytime soon. So, relax and stop packing your apocalypse survival kit.

In this article:conspiracy theory, doomsday, Featured, News, The Simpsons