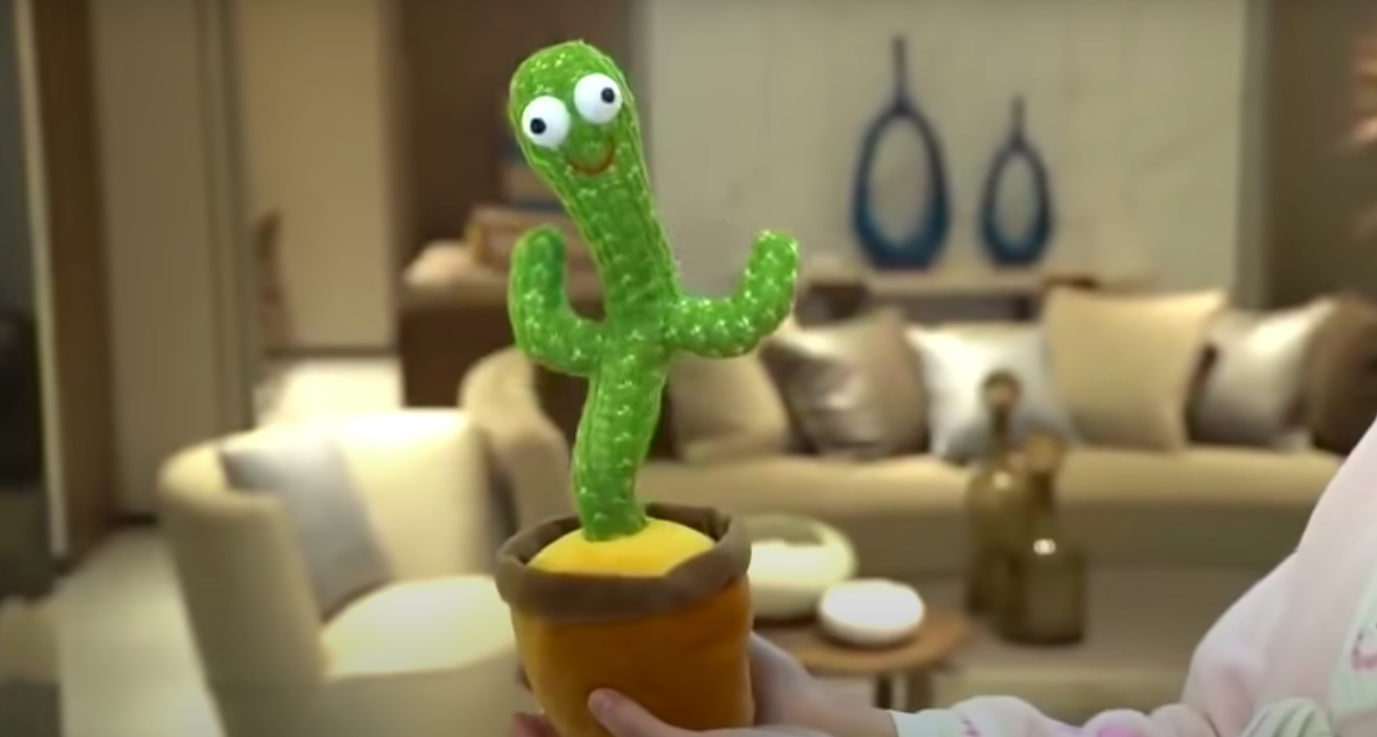 One Polish mother in Taiwan realised her child’s toy – a dancing cactus – has been singing a less than child-friendly song in Polish.

The toy was bought in the mother’s local Carrefour shop in Taichung, Taiwan. She had no clue about the havoc it was going to cause. Considering it was described as ‘the best birthday gift for kids,’ she was surprised.

Despite being marketed as toddler-friendly, the song the dancing cactus played was less than. The mother recognised the lyrics, being Polish herself. The song playing was Polish rapper Cypis’ ‘Where is the White Eel?’

What is wrong with the song?

This song contains frequent and overt reference to cocaine and suicide attempts – not great for a kids’ toy.

Some of the lyrics include lines such as: ‘Chemistry party I wanna go skiing, to the dealer, not to Alps. Oh f*ck, I think I’m gonna die if I don’t snort something soon, I want to touch the stars so badly, but none of this since I’m on a descent, total mega damn descent, and I dream of entering like a dragon.’

Another part of the song goes: ‘The only thing in my head is five grams of cocaine, fly away alone to the edge of oblivion. I have thoughts in my head, when will all this end, whenever I’m not alone, because a white eel will fly in.’

How have people reacted to the toy?

This mother from Taiwan isn’t the only one to notice the song. In a review on Amazon, a mother from Spain wrote: ‘It’s a basic toy, it’s okay, but it’s scary that songs intended for kids are about cocaine, it’s crazy.’

Cypis’ management issued a statement about his song being used for this dancing cactus toy. They said they had no clue about the song’s involvement, and were taking legal steps against the manufacturer. In addition, they say the song has been used unlawfully, and would never have been used, had they known.

For other unexpected toys, why not read about this nerf gun, which was actually a real gun, hidden as a toy.