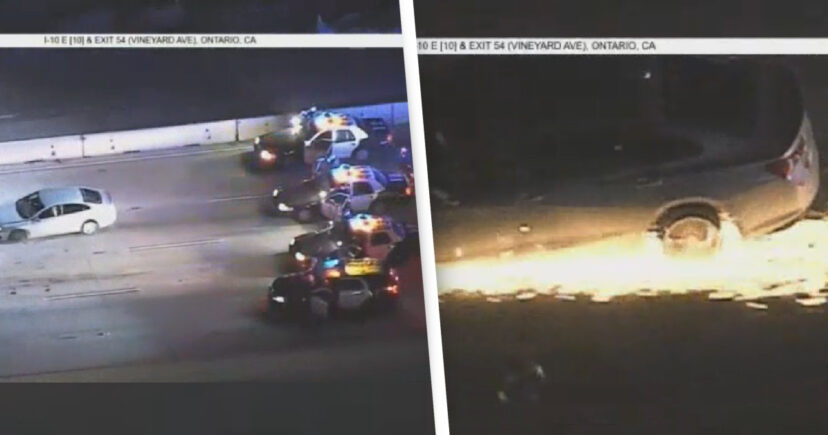 On February 2nd, police were notified of a man with a gun, and at 7:04 pm the long-lasting car chase began. The man started the chase in a suburban neighborhood in a silver car and next led police to the freeway. The pursuit was long and irritating – more than six hours of the suspect either going super slow on the highway or reaching past 90 mph.

The suspect must have had a lot on his mind because during the pursuit he was also talking on the phone and changing his clothes. He dangerously swerved into lanes and ran red lights until getting onto the 110 Freeway going southbound. When he reached the end of the freeway in San Pedro, he simply made a U-turn to return to 110 Freeway but this time northbound.

The suspect had made it to downtown Los Angeles two hours into the pursuit. During this time he utilized going too slow. His adventure ended on the 10 Freeway eastbound when his tires literally gave out on him, leaving nothing but rims and his front left tire area with only a hub. The suspect’s car comes to a fiery halt when the hub meets the street. Check out this almost four-hour clip of the chase below.

Wow, the car literally gave up in the end. If you found this article interesting, check out this one on Asia’s most-wanted man being arrested in Amsterdam’s airport.