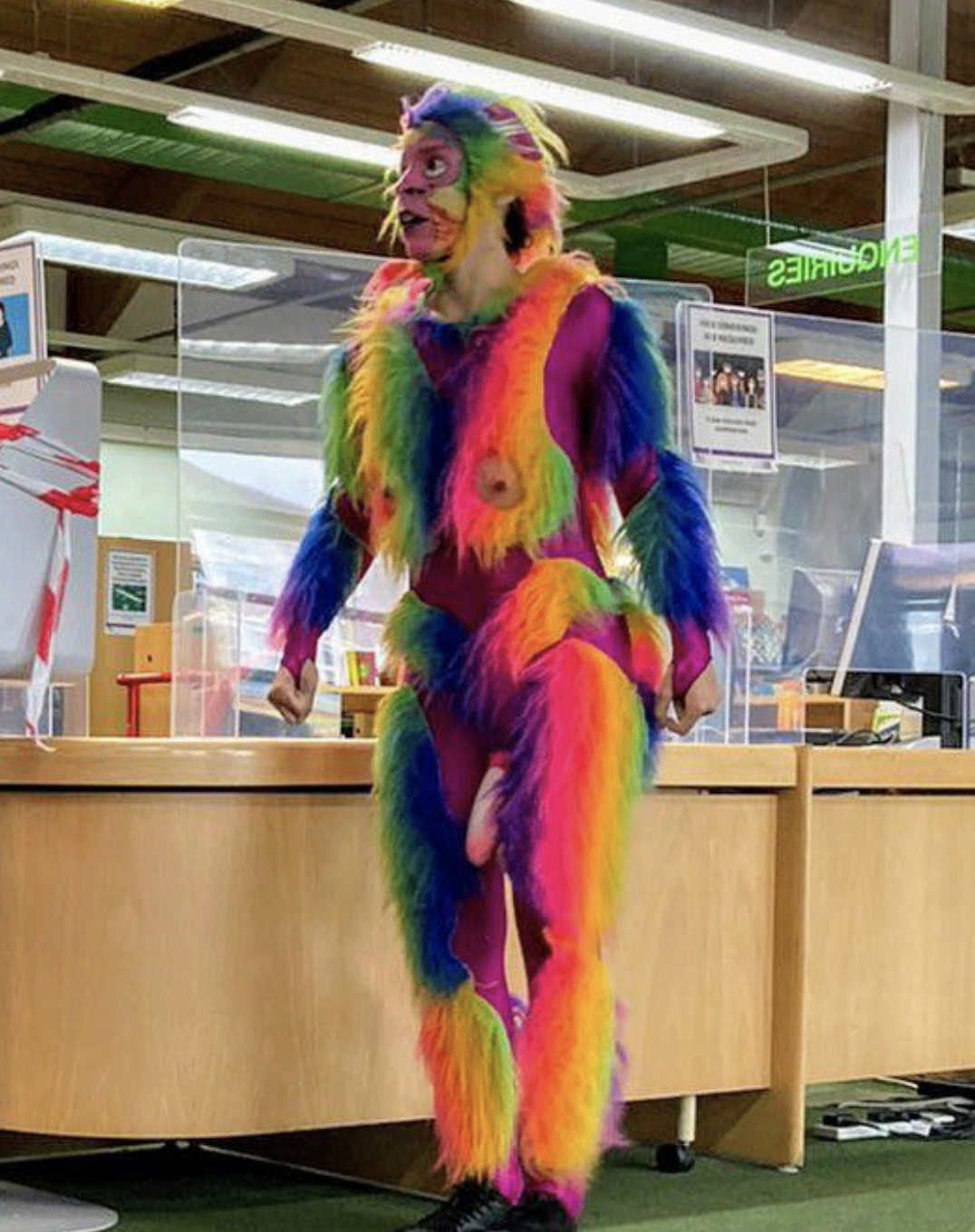 Parents were outraged after seeing footage of the man, who donned a multi-colored monkey suit with fake genitalia, at a kid’s event.

The Mandiga Arts Group organized the Redbridge Libraries Summer Reading Challenge event at Goodmayes Library and hired actors in bright outfits to entertain the kids during the event. However, one actor appeared with bare butt cheeks and a fake penis built into his costume.

Adding to initial strangeness of this incident, school governor Has Ahmed explained that “apparently this is meant to encourage kids in Redbridge to pick up reading for summer” but instead resulted in outraged parents and questions regarding the rationale of these “indecent costumes”.

These questions continued throughout the community, especially when it came to how the costumes were approved for this event. There are also wider discussions about how this even would impact the children present.

Redbridge Libraries have finally released their statement about what happened:

“During an event put on at the library today there was a performance by a Carnival Arts Company.

Unfortunately, one of the animals costumes was inappropriate which we were not aware of at the time of booking. We deeply apologize for the offense caused. This is being looked into and further statement will be made.”

The organization did note that the event itself was not arranged by the Redbridge Council but instead by Vision. The event was also stopped as soon as the library realized what was happening.

Redridge has ensured that such an incident will never happen again.