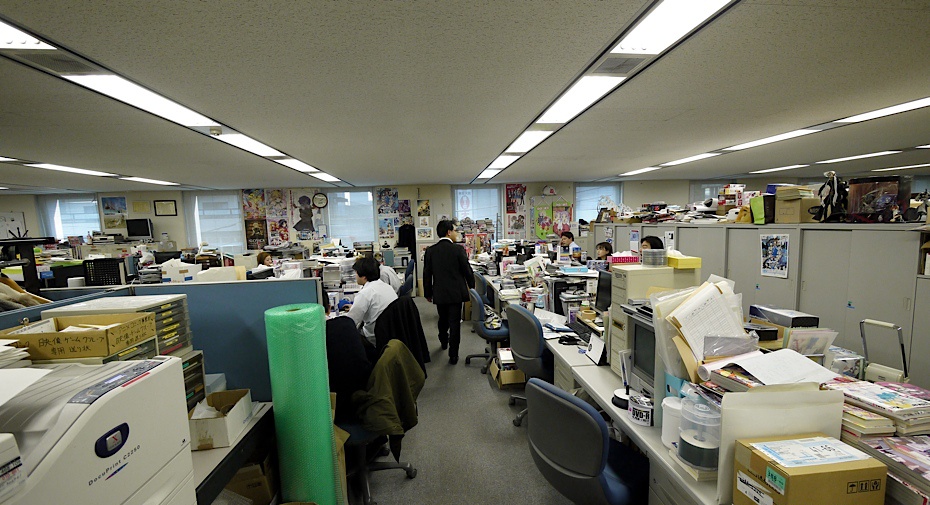 Panasonic, one of the biggest electronics companies in Japan, recently accepted taking the responsibility for an employee’s suicide, apologizing for their role in pressuring their employees to overwork.

Japan is known for its regimented and strict work ethic. This allows the country to have some of the most successful enterprises in the world, always competing with high competition, but Japan has also had a long history of combatting severely high stats for mental ill-health amongst its population.

Japan has, and has had for several years, a notably high record for suicides, and this recent passing has shed another light on the dangers of overworking on mental health. The phenomenon of death ccaused by overwork has been named, “karoshi”. The Japanese government has been urged by the public to enforce restrictions to best control “karoshi” from affecting the workforce and the well-being of the population.

The past employee began working at Panasonic in 2003 as a factory worker, before being promoted in 2019 to a deputy chief position in the engineering department of the company. He was 43 at the time, and under a lot of stress due to the severe working hours.

Tadashi Matsumaru, the lawyer representing his deceased client and his bereaved family, claims that his sleep was severely reduced. He would only sleep between 4 am, to 5 am, and have to leave for work before 8 am every morning.

With such little sleep, his health eventually declined and he fell into a depression from such overworking. In October 2019, he died by suicide, leaving a farewell note for his family. VICE World News reports that in this letter, he had written, “Dad is tired. It’s too much work. I can’t forgive Panasonic. Please tell my story to the media.”

On Tuesday of this year, after two years since the incident, Panosonic released a statement about the employee’s death. They wrote, “In 2019, a tragic incident occurred at Panasonic Corporation, in which despite the fact an employee was overworked and worked long working hours, the company neglected its duty to care for his safety, thus resulting in the employee’s death.”

The statement continues, “We would like to express our deepest condolences to the employee who lost his life and to his bereaved family.”

This statement of responsibility was released after a nine month investigation by the labor standards office of the employee’s city trying to prove that the man died due to depression caused by overwork.

Matsumaru, the representative for the employee’s bereaved family, says that as it currently stands, the labor guidelines in place in Japan are ineffective in preventing death from overworking. He claims that even if the employee did leave his office by 8 pm, Panasonic had “no policy that counts the hours he worked at home as overtime”. He added that, “there’s timecode evidence from when the employee logged onto the company’s server from his laptopt at home. This indicates he was working over 100 hours a week – a normal work week is 40 hours in Japan.”

Therefore, along with their statement, Panasonic also released new guidelines they will adopt to prevent any repetition of such a scenario. This includes having one-on-one meetings between employees and their managers. Panasonic also sent an undisclosed sum of compensation money to the family of the deceased, for their loss.

Although Japan had passed a policy bill in 2018, capping work hours at a maximum of 45 hours a month of overtime, large companies still find methods to avoide such guidelines by either under-reporting work hours, or other means. Many claim that little has actually improved in Japan concerning the work-life balance. In fact, this August, Japanese authorities questioned over 24,000 companies and discovered that 37% of the companies questioned required their employees to work past the accorded limit. This explains why in Japan, nearly one out of 10 suicides in 2019 was related to overworking.

Since this is not the first instance of “karoshi” that Panasonic has faced, as in 2016 another former employee in his middle age committed suicide due to long hours and work related stress, Panasonic has recently claimed that they will update and better their policies on work-life balance. They released in a statement, “From April 2021, we’ve updated our system so that the hours that employees work from home will be counted too.”

The impact that the former employee’s death has helped pave the way for Panasonic, and hopefully other company giants, to better their work-related policies, protecting the livelihoods of their workers with more care and respect.

Read more here about what party season is like for workers in Japan.

In this article:Japan, News, panasonic, suicide