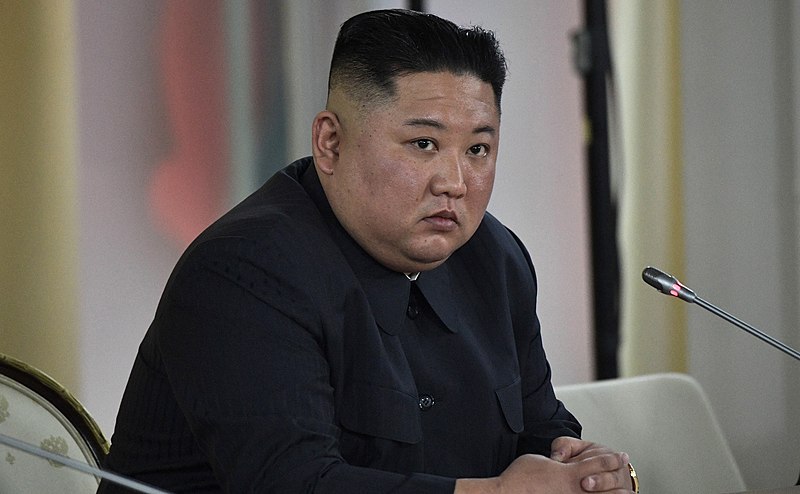 On 22 December, offensive graffiti directed at North Korea’s dictator Kim Jong-Un was found in the upmarket Pyongchon district of the capital, Pyongyang. In response, officials are now analyzing the handwriting of the country’s citizens.

The story was released by Daily NK, a news site based in South Korea that reports on secret affairs that occur in its neighbouring country. They claim to use a ‘robust network of dedicated citizen journalists inside the country, who risk their lives on a daily basis to share news from the ground.’

While most people in the West are free to voice their strong opinions about a country’s leader, be it positive or negative, this is not the case in North Korea. The total opposite is true. Criticising Kim Jong-Un can result in long sentences as prison camps or in some cases the death sentence.

The person who dared to share their opinion so publicly must be either really brave or a bit stupid. Either way, the message read: ‘Kim Jong-un, you son of a b***h. The people are starving to death because of you.’

Daily NK reported that  the ruling Workers’ Party of Korea were holding a meeting at the time and local officials quickly responded by cordoning off the area and erasing the graffiti.

Since the event, officials have been carrying out ‘ handwriting analyses’ amongst students and local workers in an attempt to find the offender. Since coming into power Kim Jong-Un has installed thousands of cameras in the city meaning the person responsible will be more than likely caught.

Daily NK’s report stated that the incident was being treated extremely seriously as it was found around the the time of the 10th anniversary (17 December) of the death of the last leader Kim Jong-Il.

Kim Jong-Un has been in charge of the country since 2011 and as of late, troops have been told to defend their leader ‘ with their lives.’ Well we  know that at least one person has been dicing with death since they decided to rebel.

Kim Jong-Un has been in charge of the country since 2011 and as of late, troops have been told to defend their leader ‘ with their lives.’ Well we know that at least one person has been dicing with death since they decided to rebel.

The country has issued similar propaganda in the past, intending to rally citizens behind their leader in difficult times.

Experts have claimed they believe North Korea’s leader to be in the midst of his toughest moment since coming to power as he battles the corona-virus pandemic, his  mismanagement and UN sanctions. One thing is for sure, I don’t think whoever is behind the graffiti will be overthrowing him anytime soon.