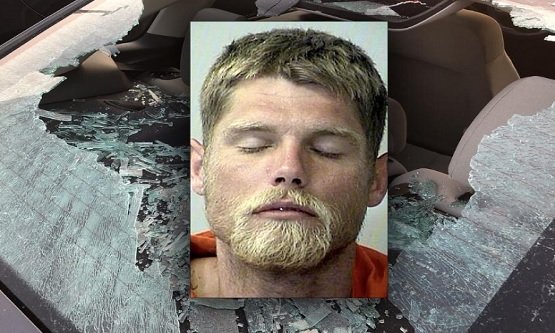 Witnesses claim that Wilson used rocks as well as a belt buckle to smash the cars’ windows and the cars themselves.

After his destructive spree, police found Wilson asleep on a bench near the scene. When confronted, he admitted his responsibility by saying, “Take me to jail. I did it because Donald Trump owes me one trillion dollars, and these vehicles belong to the mafia.”

Total damages to the vehicles are estimated to be $30,000.

Read Next: This New TV Show is the Perfect Opportunity to Reveal Your Deepest, Darkest Secrets with Your Friends and Partner