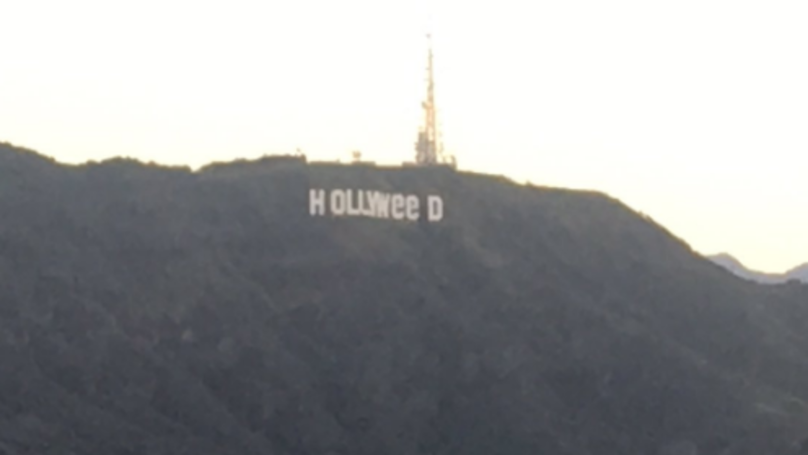 Hollyweed!!! I think security took the night off last night in Hollywood?. pic.twitter.com/ycQXzjsyjG

It seems that some people had a great New Year’s Eve as they managed to vandalise the famous Hollywood sign. Now, it very clearly reads, ‘Hollyweed’. This is being viewed as a brilliant prank by many citizens in the area, sparking interest worldwide. On the other hand, Tourists wanting to snap a picture of the original landmark won’t be happy! They will have to put up with the modified version…

A spokesperson for the police in the area states that they are “aware of the vandalism and a unit was dispatched to Mount Lee to investigate.” But, it seems like the culprits are well and truly gone. They’ve left nothing more than a very well-done change on the Hollywood landscape, and a lot of photos covering social media.

Is ‘Hollyweed’ Just History Repeating Itself?

But, however great the modification is, it most definitely is not original. In fact, the exact same prank appeared on January 1st, 1976! Apparently the menaces could not think of any new material!

Perhaps they should have stuck to this instead!