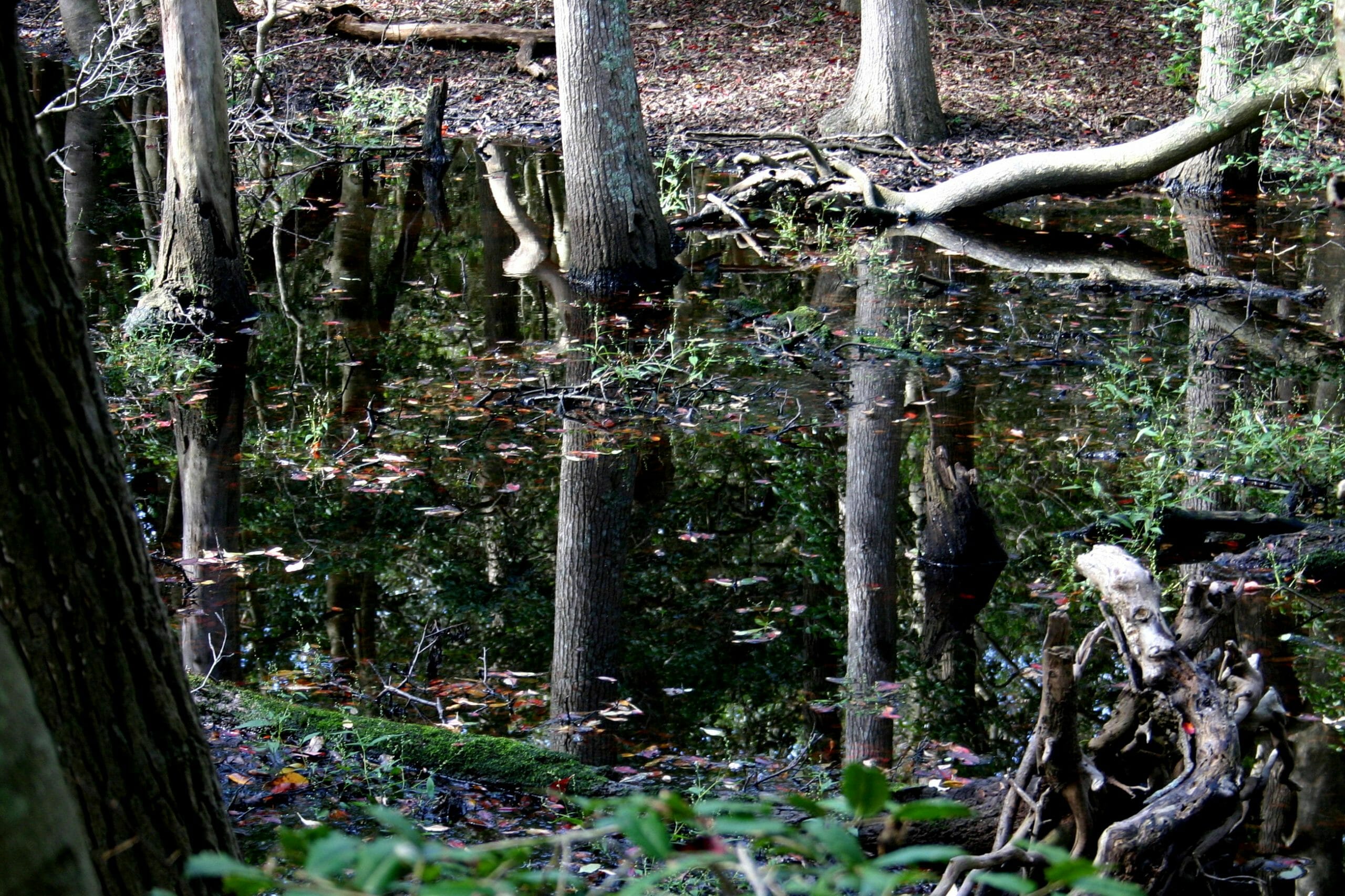 Fire Island National Seashore is home to the “globally rare” ecosystem of the Sunken Forest, according to the New York Natural Heritage Program. It is one of only two old-growth maritime American Holly Forests in the world. The centuries-old woodland is truly unique, and it’s disappearing.

The Sunken Forest comprises American Holly, Sassafras, Shadblow, Black Cherry, Black Maple, Oak, and Pitch Pine trees. However, none of these trees will grow taller than the unique double dune system which protects them. The natural pruning of the canopies by salt air blowing in from the Atlantic ensures that the greenery remains almost completely obscured and hidden below the line of the dunes, granting the Sunken Forest its name.

Unfortunately, the Sunken Forest’s clever hiding spot could not keep it safe from human impact.

“We’ve lost about 40 percent of the forest since this park was established in 1966,” said National Park Biologist Jordan Raphael. Coastal erosion has dramatically reshaped the edges of the woodland. As sand naturally gets eroded away, there should be new sand to replace it. But through human intervention, the construction and use of hard structures like docks and marinas disrupts the lateral flow of sediment.

“The jetties that are at Ocean Beach and Ocean Bay Park, for example, were designed to catch sediment and they actually did the complete opposite. That’s one of the most erosive sides of Fire Island,” said Raphael.

As forest boundaries are washed away, the land is pinched. It keeps getting narrower and narrower.

Climate change and subsequent sea level rise is another major driver that has influenced change within the forest, but not in the way you might think.

Sea water isn’t breaching the dunes in waves and drowning the woods like some apocalyptic disaster movie. Instead, as the land erodes, the whole underground water table is rising. There has always been slow-draining patches in the forest but now there’s a lot of standing fresh water in places where there wasn’t before. And those swampy pools are forcing vegetation to waterlog, rot and die out.

“It looks like it just rained when we haven’t had rain for days. The water table is literally coming up. It is too wet for these trees, so they are dying off,” Raphael explains.

The worst is yet to come. As freshwater continues to surface, eventually the saltwater will too. This saltwater intrusion process will undoubtedly kill off native species that need freshwater to grow, and eventually engulf the entire island.

On top of the problems of shrinking land and rising water, the lack of natural predators has spurred the overpopulation of white-tailed deer – and unfortunately for the Sunken Forest, they’ve got a real appetite for American Holly.

The deer eat seedlings as soon as they spring up, faster than there are new plants to take their place. In the areas that have been fenced off from these herbivores though, the forest is thicker: lush and green, and full of new growth.

Preventing the Sunken Forest’s – possibly inevitable at this point – sinking is no easy task.

“We really don’t think there is much we can do about this global impact. I mean how do you manage forests for sea level rise, especially such a small, tiny area like the Sunken Forest?” said Raphael.

And this is not just a worry for the skinny barrier island that houses the Sunken Forest, but a threat to all of Long Island.

By mid-century, the New York State Department of Environmental Conservation’s Office of Climate Change and Division of Water has projected an approximate sea level rise of 16–30 inches, and by 2100, 34–72 inches, depending on greenhouse gas emissions.

One need only look to the millions of people across East Africa currently endangered by devastating floods, food insecurity, and crop diseases to understand the inescapable effects of climate change that we must prepare for – or even better, prevent what we can now, if we hope to keep the planet hospitable.

As far as the Sunken Forest goes, however, Raphael believes – based on a monitoring program first established by Dr. Henry Art in the 1960s and his own current analysis – that the loss of the natural habitat is only a matter of time.

“People ask me how long the Sunken Forest will be around for and I have no idea. It could be 10 years, it could be 100 years. But what I do know is that is has a shelf life and we’re going to lost it. It’s truly devastating…

You can’t deny that this is happening really fast. We know the Earth will warm eventually but we are speeding it up by hundreds, if not thousands, of years.”