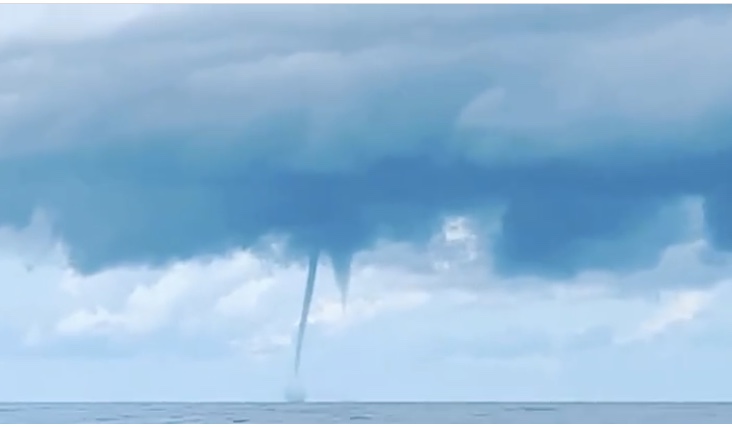 The hypnotising vortexes manifest near the Gulf of Mexico, just off the Louisana Coast, captured in real-time.

The US National Weather Service predicted that two tropical depressions – one coming from the Caribbean and the other from the North Atlantic -may develop into hurricanes, as it approached the Gulf. This would be the first occurrence in over 60 years and said to impact Florida, the Bahamas as well as Cuba and portions of Hispaniola. See footage below:

Mother nature seen 2020 and said hold my beer. All we need is a shark and the next instalment of the Sharknado franchise would be realised, ready for release.

If you like viral videos and you are a natural disaster yourself then click here to watch a hungry sinkhole devour 21 cars.