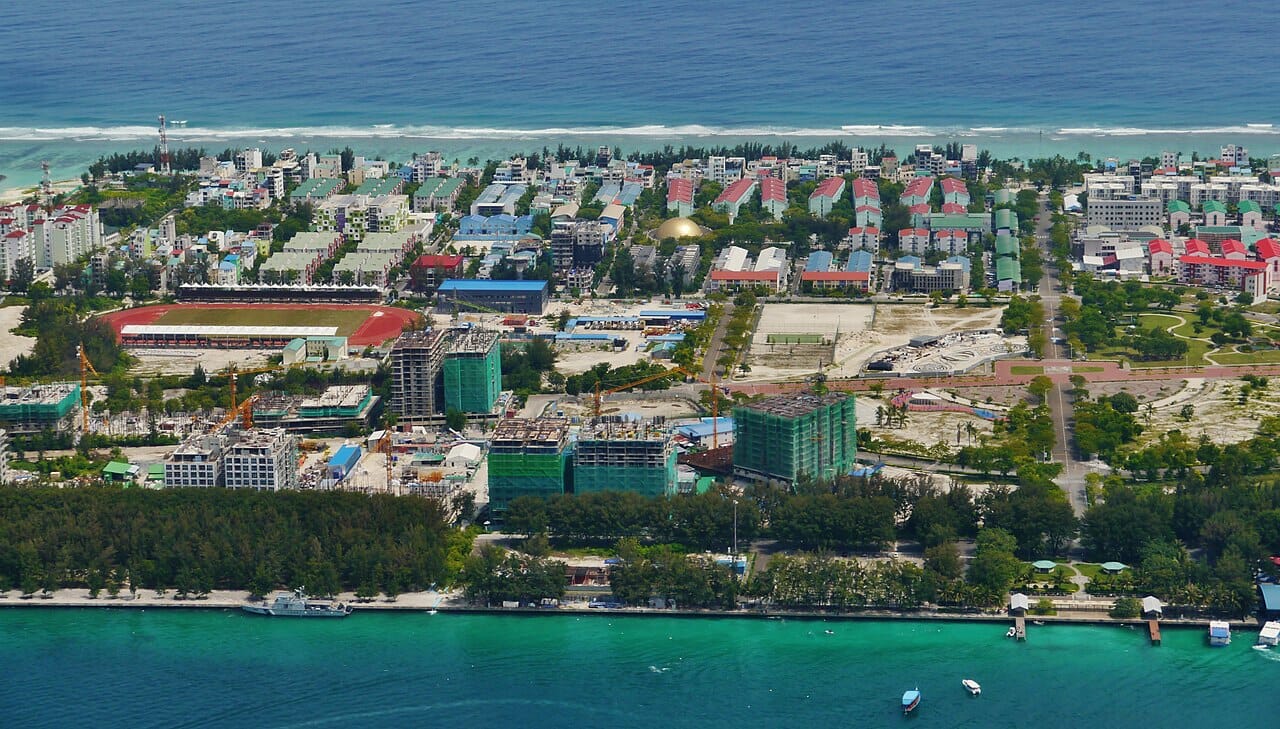 As we all know climate change and the rising sea levels associated with it is a severe threat to the way we live our lives. Those who live in low-lying countries are at particular risk.

No country is at greater risk that the Maldives. This nation consists of 1200 islands, many of which barely creep above sea level making them particularly vulnerable to rising waters.

A report by the World Bank in 2010 warned that if sea level rises continue on their current trajectory, all of the inhabited islands of the Maldives could be under water by 2100. These dire predictions have motivated Maldivians to fight back and attempt to protect their home for the generations to come.

The country is creating a new artificial island officially named Hulhumalé, but also known as the ‘City of Hope.’ This has been fashioned by pumping enormous amounts of sand from the sea bed which has raised the island more than two metres above sea level.

As well as being protected against the imminent threat of rising sea levels, the new island is also aimed at relieving the incredibly crowded nature of the nation’s capital, Malé. This city is one of the most crowded on Earth, with 130,000 people squeezed into just one square mile.

They also hope the city will help to eliminate some of the social issues which blight the Maldives, such as youth unemployment. However, being environmentally friendly is still one of the key aims of the project. Areen Ahmed, a director of the organisation overseeing the project, told BBC Travel that the city is fully planned out to avoid repeating the chaos of Malé:

Ahmed also noted that the development will build ‘diverse housing projects’ which cater to people on a range of incomes. By the mid-2020s, developers hope that over 240,000 people will live in the green, clean  ‘City of Hope.’

This sounds impressive. Could these sorts of developments become the cities of the future? Let’s wait and see the results.

Recent weeks have seen wildfires blight the United States and Siberia and dire warnings about the future of natural habitats be issued. Check out this piece for more reflections on the climate crisis.