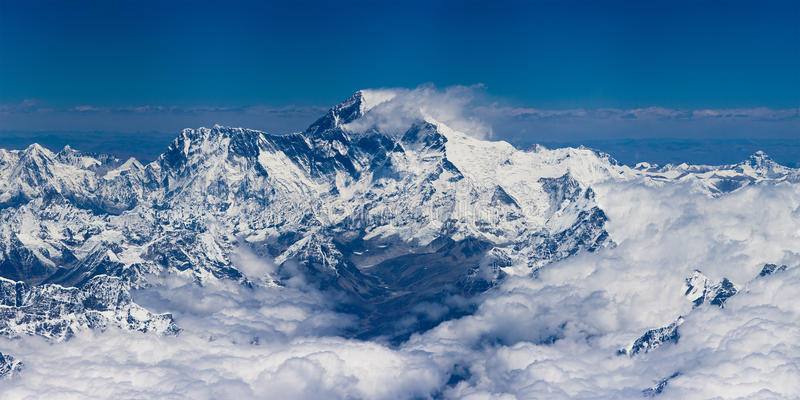 Mount Everest, which is famous for it’s stunning views, and is one of the most challenging climbs in the world, is now home to microplastics.

Plastic, which has ravaged the Earth for decades, has polluted every terrain across the world. Whether it’s used for food packaging, clothing or plastic bags, we just can’t seem to move away from it. And despite our best efforts to be more sustainable, the planet is still suffering from the plastic overload.

Earlier this year, researchers discovered 14 million metric tons of microplastics are covering the oceans floor. Now it seems, that it is not just the bottom of the ocean, but the highest point of the world in which microplastics can be found.

Sitting at 8,438m tall, Mount Everest was once deemed an unconquerable feat. Of course, we know now that it is possible to reach the peak of Everest, with thousands annually flocking to the mountain to take on the climb.

However, Mount Everest has already suffered under the weight of climate change. As the temperature of the Earth has increased, the surface of the base camp in Nepal has dropped 150ft lower than 35 years ago. Other areas of Everest, which were once presumed safe from global warming, are becoming more and more endangered.

The popularity of tackling Everest’s challenging climb, has increased human footfall, which in turn has had dire consequences on the mountain. At around 27,700ft, the snow is laced with microplastics.

Microplastics are naked to the human eye, particularly difficult to clean up and are usually left out from mainstream conversations about plastic waste.

What Do the Experts Say?

Marine scientist Imogen Napper, from the University of Plymouth, spoke to National Geographic about the snow samples: “The concentrations on the mountain are surprising. It is somewhere I still consider to be one of the most remote and pristine areas on Earth. We have now found it from the bottom of the deep sea, all the way to nearly the summit of the highest mountain on Earth.”

Furthermore, a collection of new research papers were recently published to On Earth journal, looking at the effects of the human race and climate change on Everest and its surrounding areas. This followed a collection of samples taken from Nepal’s Khumbu Valley last year by over 30 scientists.

Glaciologist, Mariusz Potocki, collected a jar of snow from near the summit in which curly fibres of microplastics were found. Although single-use plastics have been banned from the mountain, the presence of microplastics has almost entirely been attributed to the synthetic clothing worn by climbers.

According to research, a single gram of synthetic clothing can release 400 mircoplastic fibres during every 20 minutes of use. Over a year, a coat weighing around 2lb, would add up to a billion fibres.

Expedition leader and director of the Climate Change Institute at the University of Maine, Paul Mayewski, said, ‘It’s a real wake up call. Despite the fact that the region is very high elevation, it’s being impacted seriously’.

He added, ‘Wherever people go, we leave our imprint, and that imprint is not always positive’.

In this article:climate, environment, Everest, microplastic