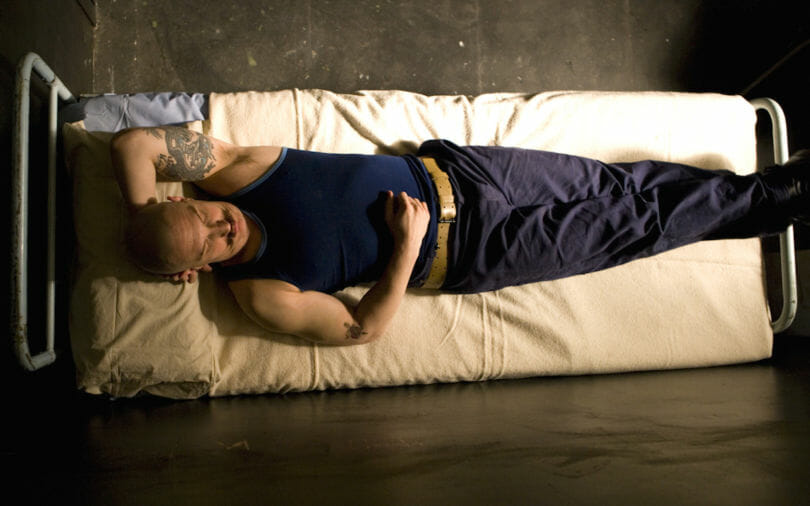 Tom Hardy as Charles Bronson in the 2008 biopic (Image: Aramid Entertainment via Sky)

Charles Salvador AKA Charles Bronson is currently serving a life sentence in Her Majesty’s Prison Wakefield and has just been denied release.

Following his November 14th marriage to actress Paula Williamson, the infamous prisoner, has been told that he is to remain incarcerated. Not only has Salvador spent the last 43 years in prison, he has been in almost complete isolation. This is largely due to countless violent acts and robbery. Most notably, in 1974, Charles tried to escape from prison by tunnelling out of his cell. On returning back to general population prison, he found the informant and scarred him. This sent him back to isolation. Also, taking his art teacher, Phil Danielson, hostage in 1999, culminating in his life sentence.

However, Salvador, who changed his name in respect to Salvador Dali, has been showing rehabilitation in recent years. He has written books (Insanity, 2003) and is an award-winning poet and artist. He is quoted as saying “my heart is at peace and my mind is set on art.” In 2016, he auctioned some of his art in aid of children with cerebral palsy and he has worked with children with down’s syndrome. 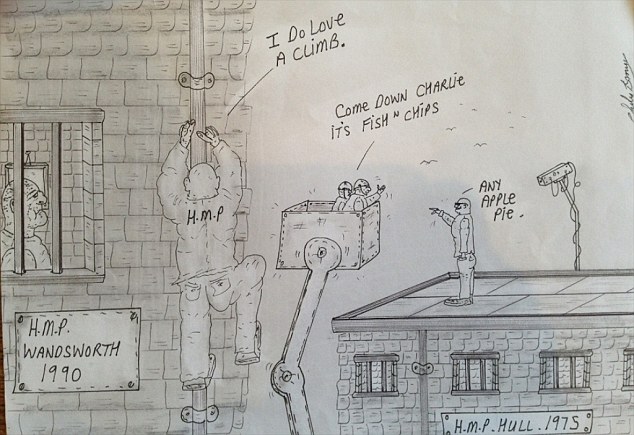 His wife stated, “he cannot prove he is now safe to start his journey through rehabilitation to release.” Eventually, she hopes he will be released before her 40th birthday in 2020.

Watch this interview with Salvador’s Wife:

A Parole Board spokesman said: “We can confirm that a panel of the Parole Board has not directed the release of Charles Salvador.” Salvador, his wife, and the public will have to wait as the notorious criminal’s next appeal is not until 2019.

Like this? See what about our personalities make us evil