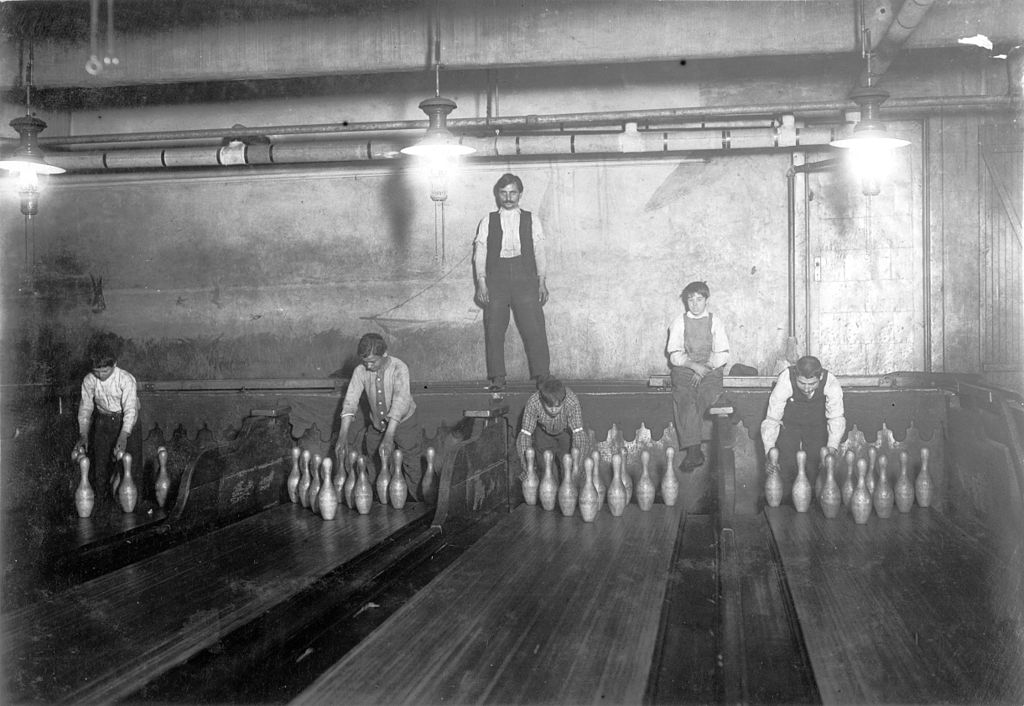 With the ongoing coronavirus pandemic hanging over our heads, it seems like there are many jobs which could shortly disappear from society. From theatre workers to airline staff, many industries are seeing jobs disappear at an incredible rate.

Over the years, there have been many jobs which have vanished from society, but rarely in such a dramatic fashion. Let’s take a look at some of the jobs which are gone for good, and some which have been declining.

With the debut of the indoor bowling alley in the 1840s, there was a need for someone to meticulously put the pins back together after the ball smashed them apart. Or not, if you possess my lack of bowling prowess. Anyway, enter the pin setter.

These were often young men in their late teens and early twenties working for long hours for little pay as the game exploded in popularity. However, after the invention of the first machine to do the job by Fred Scmidt in 1941, the role quickly disappeared in the following decades. Today a handful still remain in vintage bowling alleys across the world.

Anyone who has enjoyed series such as Mad Men or The Marvellous Mrs. Maisel will have noted the presence of the attentive elevator operators in the fancy skyscrapers, department stores and apartment buildings of the big cities.

Prior to the introduction of buttons which allowed you to select your own floor, levers were used to operate the elevator with the attendants also providing a friendly service to their customers. However, as with our pin-setting friends, the role began to die out as modern technology was introduced. A survey in 2017 found that over 70 buildings in New York City still used elevator operators, predominantly in the Upper East and Upper West sides of Manhattan.

The lamplighter played a vital role in many communities when gas lights were the dominant form of  street lighting. Every evening they would go round to light the street lamps. They would then return as the sun rose to safely extinguish them. Small teams of lamp lighters still exist, however this is often combined with other work, as they are often only lit for atmospheric reasons – for example, at Christmas.

Whilst this is a job which is still fairly prevalent, it placed third in a piece of research about which jobs are going to disappear at the quickest rate in the next decade.

Whilst this might initially seem like good news for those of you who want to avoid a pesky ticket slipped underneath your windscreen wiper, I would urge you to think again. Apart from the obvious negative of people losing their jobs, surely new technologies will be far more comprehensive at finding everyone who is flaunting the rules. Save the parking attendant I say.

It seems that the common thread running through all of these disappearing jobs is the advent of new technologies. It seems that certain jobs will always disappear into the history books as we make more and more technological advances.

On the subject of jobs, this seems like an intriguing one.