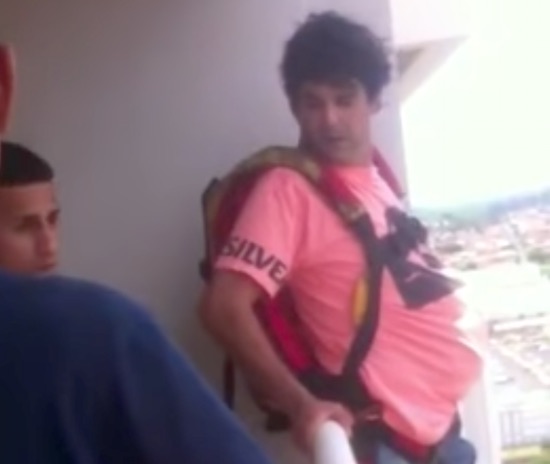 The man stands at the edge of the balcony, on the wrong side of the fence. He’s wearing a pink shirt, shorts, flip-flops, and a parachute he reportedly bought online. His friends argue with him, his wife yells, their child confusedly calls for Papai. He ignores them. After a quick countdown – três, dois, um – he leaps. This is the resulting video, titled “Salta da sacada” – Portuguese for “Balcony jump.”

Between June 27 and the time of this writing, the video gained almost two million views on YouTube. Reddit user oculosdegrau shared it with the site’s video community, where it gained more than 34,000 upvotes. Across both sites, astonishment is a common response. Someone even shared it on Know Your Meme as an example of “Like a Boss” – not because anyone in the video says it, but because many said it online.

However, there was another common response: vehement criticism. For every “I assume everyone is calling him a fucking legend in Portuguese” (YouTube user BeatS andT), there’s a “see this is why women live longer” (another YouTuber named Cruzando).  Many were quick to sympathize with his distressed wife – including some comically dark comments. Redditor Zombie_Jesus wrote, “This man is equal parts idiot and my hero” – a compliment laced with an insult. The general consensus seemed to be that he’s lucky to be alive. 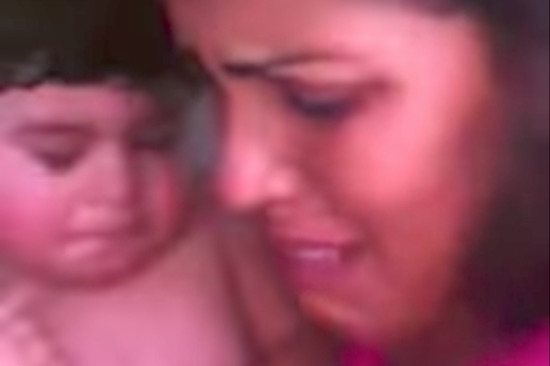 In my view, the most interesting comments are not from the critics. One Redditor, 1000000CHF, noted, “The turn before landing was well executed, and he knew that someone had to hold the pilot chute for a fast opening.” Another user, EVSnowden, commented, “That’s a BASE rig, and he is very experienced.” This prompted further analysis, by people replying, on his form and parachute preparation.

If what they say is correct, this isn’t some idiot tripping off a balcony to test a new toy. This man, name unknown, is an experienced BASE jumper who knows just what he’s doing. Jumping from such a low altitude is dangerous – if you don’t open the parachute almost immediately, you’re a goner. That’s why he had his friend pull the pilot chute as he jumped, so it would be released right away. That’s why he had his slider down before taking off, so it “stops the deceleration from happening too quickly and snapping [his] neck.” Guy’s a pro. Simple as that.

Yet, his wife still yells in Portuguese “This man is an idiot, oh my god” (according to I-talk-to-strangers). And uninformed viewers still call him an idiot. But he knows better. And now, so do we.