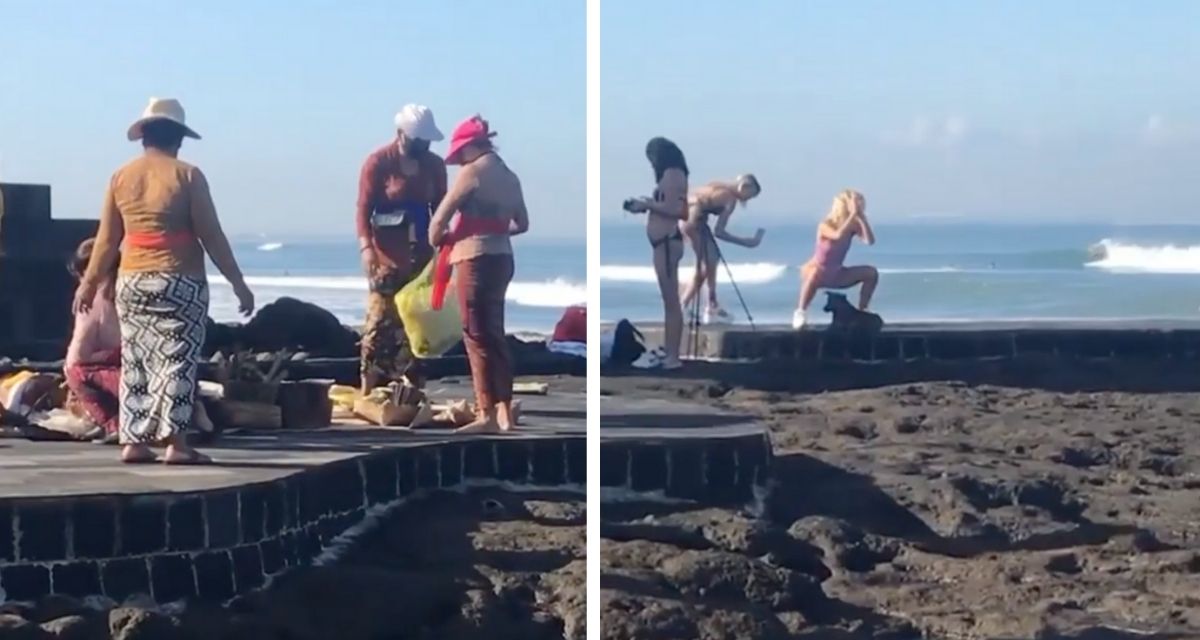 The current climate seems to be causing many people to show their worst characteristics. Bigotry running rampant in countless different forms all around the world. Some people try to escape these horrors through many different avenues and others just don’t seem to care.

Take this “influencer” in Bali for example. This clip shows her standing on a platform near a religious ceremony and deciding to use the space for her squatting videos.

Fortunately, those participating in the act don’t seem to be bothered by the women, however, this post angered many people who accuse her of being insensitive of the event taking place mere feet away from her. Also, the influencers appear to at least have to respect to keep the ceremony out of the camera angle.

That being said, neither party really appears to mind the presence of the other, only the recorder, capturing both parties without them knowing seemed to have a problem in the moment.

The comments are divided between those who see the influencer as an “ignorancer” not respecting what has been defined as a religious activity.  The other side believes that those taking issue with this video are projecting their own beliefs onto the women engaging in the religious act.

Since we don’t have either party’s opinion it can’t be said for sure who is “right” or “wrong” in this situation, but at least they have a good distance away from each other. (In accordance with CDC guidelines.)

Covid-19 has also been responsible for canceling a lot of the world’s major music festivals. Read more about that in this article by, Kiera Mann.