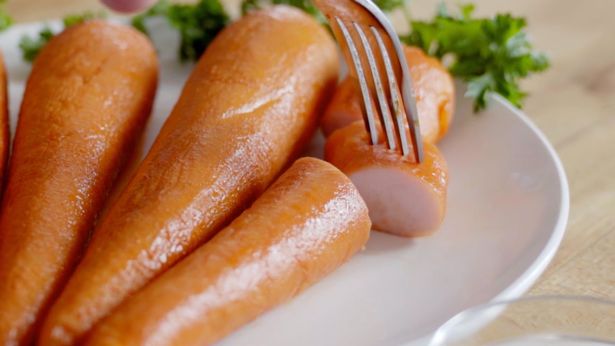 I’ve said it before and I’ll say it again – vegan food is just food, why is it so hard for people to understand that? Substitute meat is just another form of food.

Veganism gets a bad rap for many reasons. Some think it’s unhealthy, some think that is simply a fad or being ‘woke’ and some people just cannot stand people doing something different. Furthermore, there will always be vegans who preach that their lifestyle is the best, which many will either agree or disagree with.

However, as a vegan myself, the latest stunt from American restaurant chain Arby’s annoys me – most likely the intention. They have released a promotional video stating that since people can make ‘meat’ from vegetables, then they can make substitute vegetables from meat. They go on to show the cooking of the “marrot”, a carrot made from turkey breast.

Substitute so you can eat more meat! Oh, wait, that’s not right…

This bothers me for many reasons, one being that veganism is just something people are going to do, trying to ‘fight’ it by making vegetables out of meat is weird. It annoys some non-vegans that the substitute to meat and dairy products are styled after their non-vegan counterparts. However, this is simply for convenience and has nothing to do with a desire to eat said non-vegan products.

I can imagine Americans will somehow believe they are getting their 5-a-day from a carrot made out of turkey. Also, this stunt just perpetuates the belief that vegan meals are bland and made up entirely of vegetables. If only Arby’s had put as much effort into making an interesting vegan-meal. They could be including a lot more variety into their customer base.

I’ll say it for the restaurants way back in the stone age – if you offer a vegan option, not only vegans will buy it! Believe it or not, people enjoy varied diets. It isn’t healthy to eat meat for every meal. We need to offer good meat substitutes to encourage more diverse diets!

Here is a prime example of why better vegan options are needed across the board!