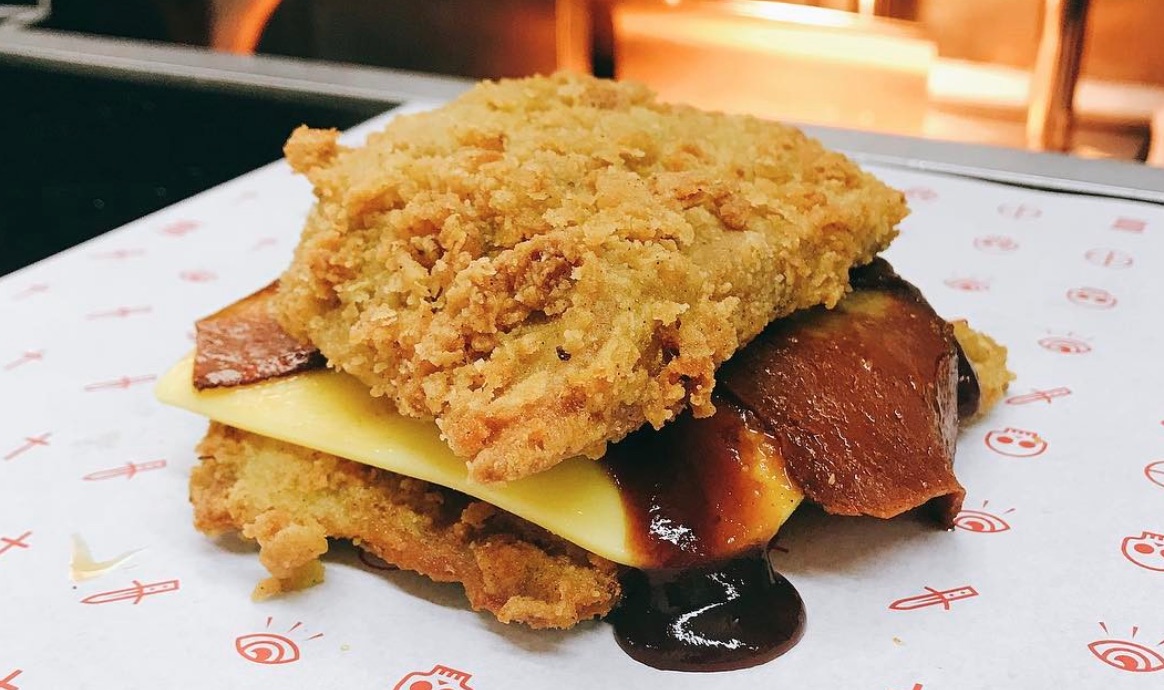 UK based chicken enthusiasts have been long awaiting the arrival of KFC’s Double Down. Last week, their dreams came true. The ‘snack’ is essentially a cheese, bacon and bbq sauce sandwich that used two fried chicken fillets as bread.

The meal, priced at £5.79 with a drink and chips, has had mixed reviews, with some commenting that it is very greasy, and others drawing attention to its 4.56g of salt.

KFC’s notorious ‘Double Down’ burger is coming to the UK – and here’s how unhealthy it is https://t.co/U5aC2YxKln

//platform.twitter.com/widgets.js
Regardless, vegans and vegetarians no longer have to miss out on this fast food speciality, as Hackney based, vegan fast food shop, Temple of Seitan, has created a vegan alternative. The news was released on the brand’s Instagram, stating that the option is part of their ‘secret menu’, and may have a limited run.

You’ve probably seen the billboards all over London hyping the return of this bad boy. Come eat it vegan instead, it’ll be on the secret menu until further notice…

//platform.instagram.com/en_US/embeds.js
So, vegans, get yourselves down to Hackney asap.