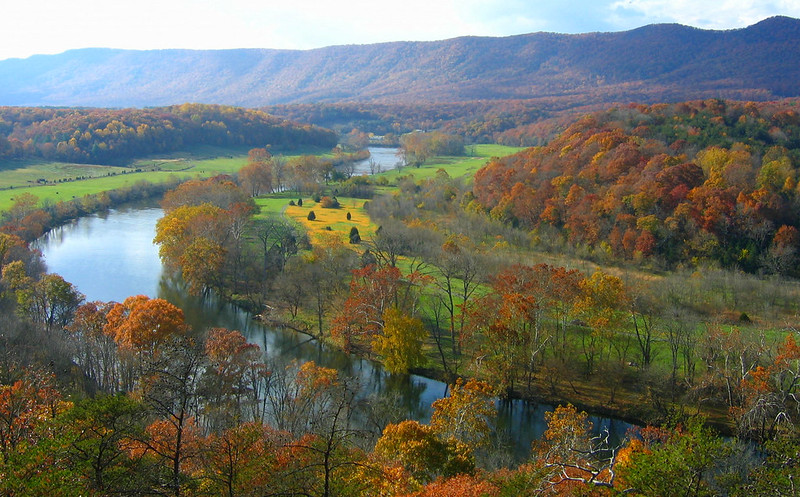 As people are literally forbidden from travelling outside of their country, many are reconnecting with more local beauty spots. America’s state parks may not have the same profile as their more famous cousins, the national parks, but they are certainly beautiful.

With scientific evidence showing there’s less chance of catching the virus outside, this leaves you with no excuses, Get out and embrace nature! Here are five of the best:

This park takes us back in time with its prehistoric vibes. Makoshika is the largest state park in Montana and is a must-visit for budding and current archaeologists. Fossils have been frequently found at the park including a whole new species back in the 90s. Triceratops bones are another example of what has been uncovered in the past.

Hawaii is generally a beautiful place, and there aren’t many more beautiful places on the Island than this lush park. The majestic valley is one of the wettest places on the island which leads to its gorgeous vegetation. It is also strongly associated with the unique culture of Hawaii and its Gods. In 1790, the bloody Battle of Kepaniwai took place in the valley as the Maui army was defeated.

Ecola can be found in Astoria, Oregon with its beautiful coastline extending nine miles. The hiking trails offer stunning, awe-inspiring views over the Pacific Ocean. This particular park is a film industry fave with the glorious backdrop it providing the main set for the classic film The Goonies and it also features in Twilight, Point Break and Kindergarten Cop. Ecola is part of the wider Lewis and Clark National and State Parks which commemorate that pioneering westward expedition by white settlers. Ecola itself was the site of their journey to go and examine a beached whale in 1806.

The piercingly blue waters of Emerald Bay simply arrest the attention of your eyes when you look at pictures. It is quite simply, an unforgettable site. The tall trees surrounding the bay add to seclusion you will feel in this hidden paradise. This park is in California and part of the sprawling Lake Tahoe with the bay being designated the status of a National Natural Landmark in 1969. In 1994, the water of the bay has also been protected resulting in it being one of the first underwater state parks with various ship wrecks part of protected area. And, if you’re a fan of Scandinavian architecture (who isn’t?) the area also features Vikingsholm – a 38 room mansion.

We move from the West coast to the East with this park in the heart of New York state. This place seems like it could be filled of fun-filled capers. It has over sixty miles of hiking trails, fishing, whitewater rafting, kayaking and hot air ballooning! Then, in winter you can go there and get on a snowmobile or climb aboard a horse drawn sleigh. The park was voted the best state park in the US back in 2015 by readers of USA Today. It follows the winding course of the Genesee river through a gorge and over several large waterfalls. Beautiful and packed with activities. What more could you want?

There are countless other mesmerising parks spread throughout the United States, and the entire world. So, stay local, stay safe and get back in touch with the beauty right there on your doorstep.

If you need to stay inside, you don’t have to deprive yourself of beautiful sights. Check out these ten incredible live streams you can enjoy from the comfort of your own home.